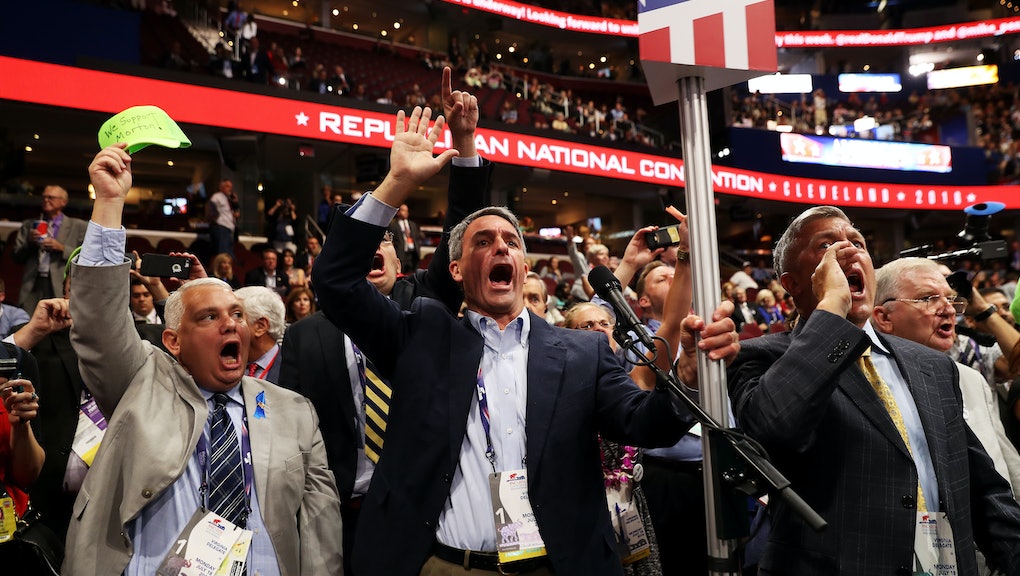 The #NeverTrump movement was dealt a fatal blow Tuesday night at the Republican National Convention in Cleveland, where Republican delegates officially made Donald Trump their party's nominee during a roll call vote on the convention floor.

But that's not moving stalwart #NeverTrump-ers from their vow to never vote for the blustering businessman.

After Trump amassed the 1,237 votes needed to become the GOP nominee, the #NeverTrump hashtag lit up on Twitter.

Some Twitter users attempted to use humor to soothe their grim mood.

Some were honest, explaining why they really are #NeverTrump.

No matter their reaction, it's going to be a long three-and-a-half months until Election Day for the #NeverTrump contingent.