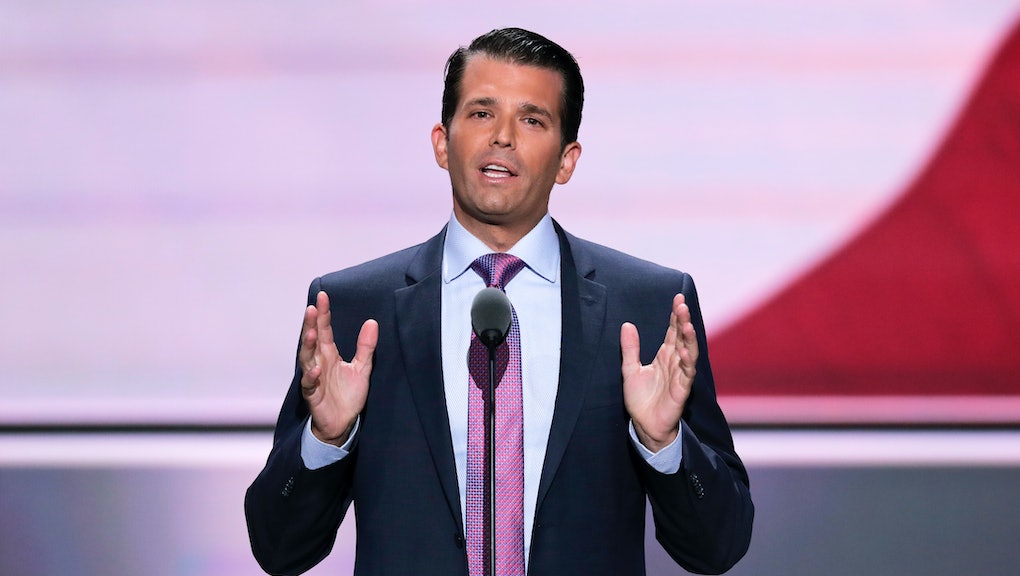 Donald Trump's eldest son's speech Tuesday night at the Republican National Convention in Cleveland had Republicans on Twitter wondering: Why didn't this Trump run for president?

Donald Trump Jr. gave the convention hall a personal look at his father. And unlike his dad, he stayed on message throughout his entire address — touting Trump's business skills and attacking his rival, presumptive Democratic nominee Hillary Clinton.

"I know my father," Trump Jr. said. "I know that when people tell him it can't be done, that guarantees he gets it done. I know when someone tells him something is impossible, that's what triggers him into action. When people told him it was impossible for a boy from queens to ... take on developers in the big city, rather than give up, he changed the skyline of New York."

Republicans, Democrats and reporters alike on Twitter said Trump Jr.'s speech — which they dubbed the best of the night — proved the businessman's scion had more political skills than the GOP's presidential nominee.

Trump's youngest daughter, Tiffany, was also praised for a poised speech under pressure — especially given that she just graduated from college in May.

Trump's eldest daughter, Ivanka, is expected to speak Thursday night — the final night of the RNC.