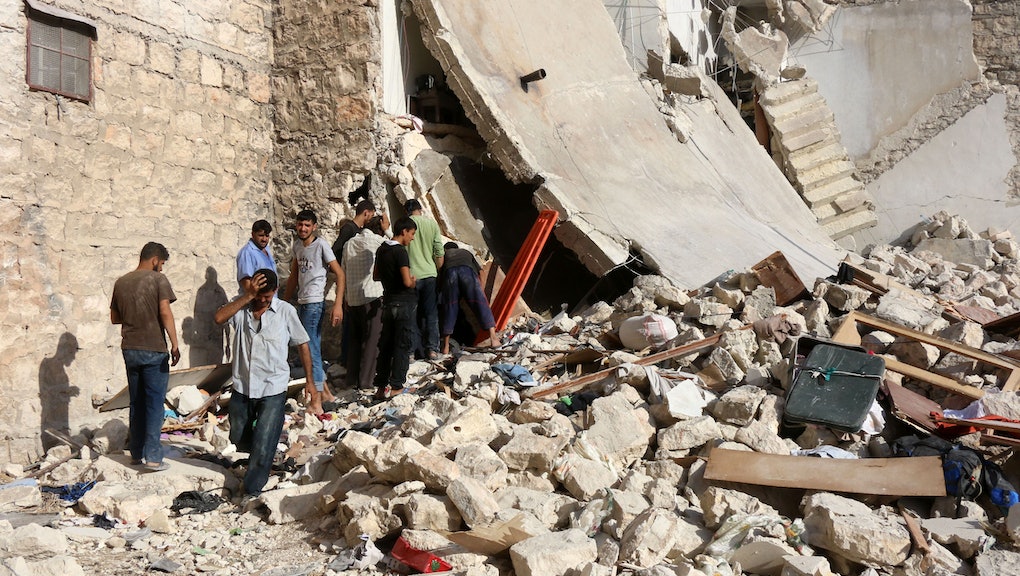 More than 100 civilians have been killed in Syria since June, and according to human rights organizations, U.S. led airstrikes are to blame.

CNN reported Tuesday that airstrikes in the city of Manbij, near the border of Turkey, has been a site of casualties due to fighting between U.S.-backed forces and ISIS. According to the Telegraph, the city is a danger for civilians and troops alike, landmines and snipers ever present.

Twenty-nine children were among the people killed near Manbij on Tuesday, according to the Syrian Observatory for Human Rights. The organization has the civilian death toll at 104.

On Sunday, a woman and four of her children were killed in a separate airstrike, according to the Telegraph.

Another organization said airstrikes in Manbij and al-Tukhar killed dozens and left many survivors trapped under rubble, CNN reported.

"Anyone responsible for violations of international humanitarian law must be brought to justice and victims and their families should receive full reparation," Magdalena Mughrabi, interim deputy director of the Middle East and North Africa Program at Amnesty International, told CNN.