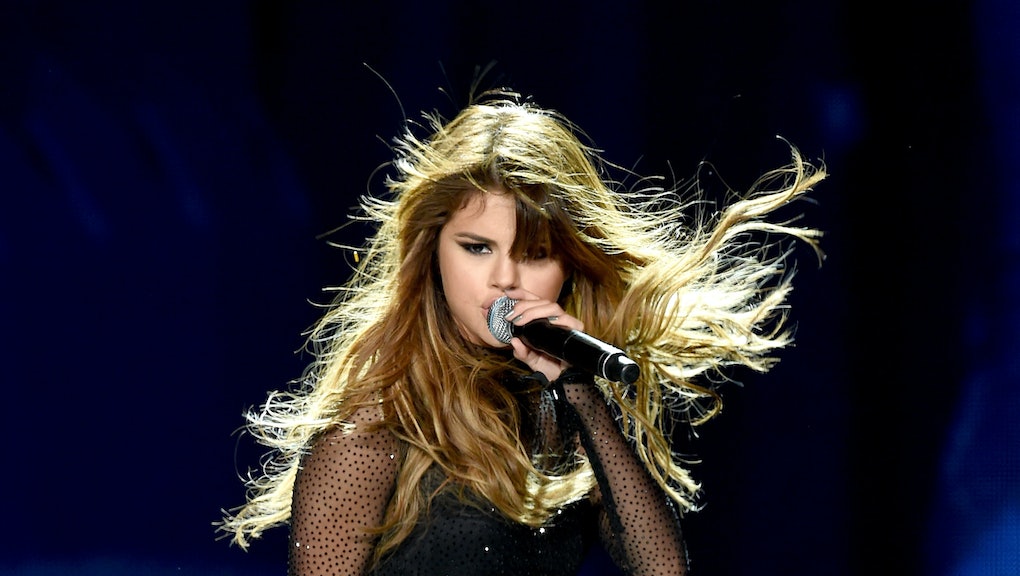 Last week, singer Selena Gomez edged out none other than ex-boyfriend Justin Bieber for most-liked Instagram photo ever, beating out his 3.562 million likes by over a million.

The photo shows the 23-year-old sipping from a glass bottle of Coca-Cola that reads, "You're the spark," a lyric from Gomez's song "Me & the Rhythm." But what fans may have first thought was nothing more than a well-lit selfie is reportedly an ad — which is why it may be illegal.

According to the Fashion Law, posting the photo could be a violation of the Federal Trade Commission Act, which says publishing any kind of endorsement without explicitly labeling it as such is "deceptive."

If that's the case, you might be thinking that virtually every Instagram from the Kardashian-Jenner sisters throws the FTC Act right out the window.

In 2015, a photo on Kim Kardashian West's Instagram account of her posing with the prescription drug Diclegis came under fire when it failed to include information about the drug's possible side effects. However, at the time, Fashion Law pointed out Kardashian West had also seemed to fail to label the original post with "ad" or "sponsored" to indicate the photo was a paid endorsement, which the website guessed it was. Later, citing the Food and Drug Administration's concerns, Kardashian West included the necessary precautions, hashtagging the new Instagram #CorrectiveAd.

The rest of the Kardashian-Jenner clan has largely avoided any other Instagram-related controversy. But still, photos of Kendall lounging in Calvin Klein underwear or of Kylie boasting about how much she loves detox tea call for the reality stars and savvy businesswomen to indicate that, at the end of the day, they are selling a product.

And, of course, Gomez is no exception.