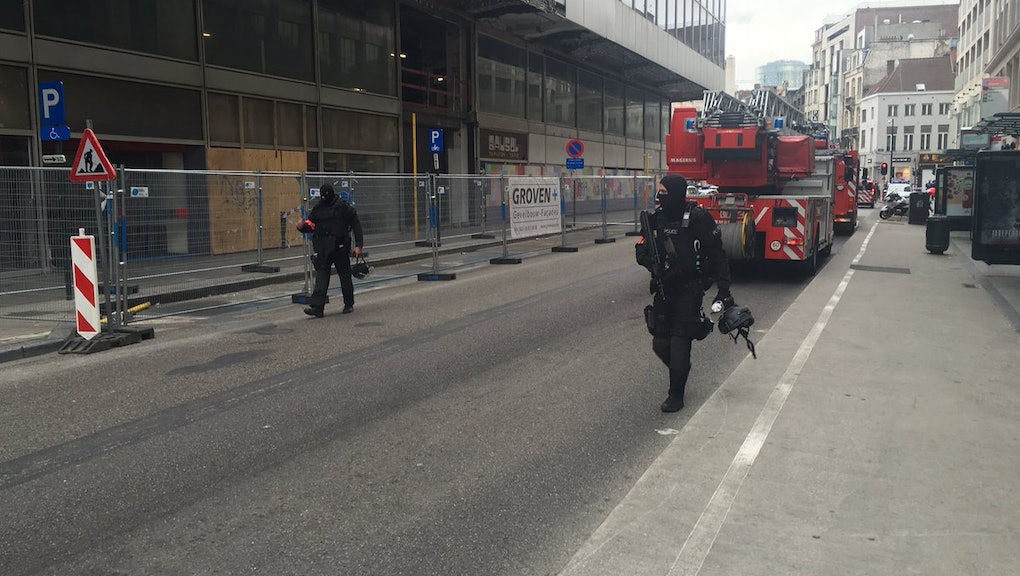 On Wednesday morning, Brussels police were notified of a potential bomb threat when a man near Place de la Monnaie was seen wearing a long winter coat with what appeared to be wires protruding from it.

According to a tweet from BNO News, authorities gave the all-clear after learning the suspicious man was a student investigating radiation.

Authorities had evacuated the area and bomb squad had further investigated the threat for "several hours," reported the BBC. For the duration of the stand-off, police reported that the suspect was "under control." The BBC's report includes a photo of the suspect kneeling with his hands behind his head as two officers pointed a gun at him.

Just last month a similar bomb scare occurred when a man in Brussels called authorities alleging he had been abducted and forced to wear a suicide belt that could be detonated remotely. He was found to be wearing a fake explosive device and later admitted to having lied about the entire story.

"We got a call about someone acting suspiciously," spokesperson for Brussels police Christian De Coninck told Belgian TV, according to the BBC. "Someone with a heavy winter coat — in these temperatures it's very suspicious."

He added, "We didn't take any risks."