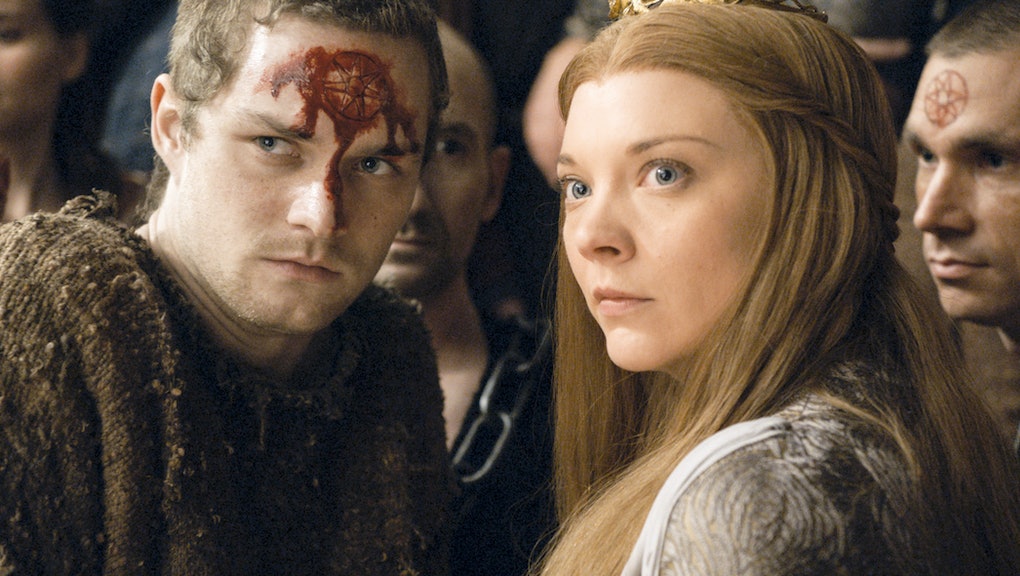 'Game of Thrones' Is Not Well-Liked Among Republicans, According to a New Study

Turns out there is a stark divide among Americans about Game of Thrones, which seems to correspond to what political party they affiliate with — as if this country needed more things to be partisan about, in the midst of political conventions.

According to a new study from research firm E-Score, TV shows' popularity may split down party lines. The study analyzed over 750 programs on broadcast and cable networks, plus streaming services like Netflix, to determine the findings.

Game of Thrones, as it turns out, was a divisive show between the two parties. Democrats placed it at the top of their list of favorites, while it didn't even make the Republicans' top 10 list. There were some similarities between the parties, however; The Walking Dead, Supernatural and The Big Bang Theory scored high on both lists.

Here's how the top 10 break down for both parties:

Among other key takeaways from the study: Democrats prefer shows that were categorized as "ethnically diverse," "sexy" and "emotionally involving." Republicans, meanwhile, favored "funny," "family-friendly" series that had clear distinctions between "good vs. evil."

Rest assured, apparent Republican distaste for Game of Thrones will likely do nothing to hinder the show's chances of winning big again at the 2016 Emmy Awards after nabbing 23 nominations. In fact, maybe it'll encourage some conservative fans to check it out. At the very least, it's less prone to fan-angering cliffhangers than The Walking Dead.