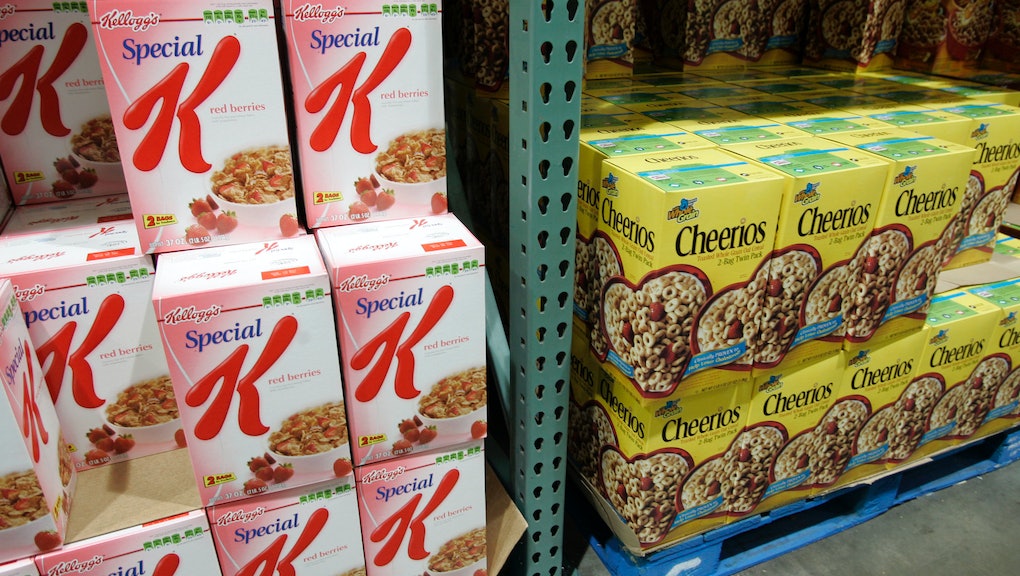 Special K cereal might be overselling its specialness. The Advertising Standards Authority, the United Kingdom's advertising watchdog group, ordered Kellogg's to stop running a specific TV commercial, finding the health claims to be too vague, the Independent reported.

The now-banned ad described the cereal as "full of goodness" and "a nutritious start to your day." The ASA wrote in the ruling:

"[W]e apologize for the error in not ensuring this was made clear enough for our consumers," a Kellogg's spokesperson told The Independent. "This has now been corrected. Special K is nutritious — its cereals and porridges contain fiber and whole grain, and are a source of valuable vitamins and minerals."

A 2014 New York Times report revealed that cereal sales are on the decline because millennials are opting for healthier or more convenient (or both) options like Greek yogurt, bagels and fruit.

It's no wonder Kellogg's (and other cereal companies) are turning to health claims to market their products: A 2014 Food and Health survey found that 71% of American consumers value "healthfulness" when considering the purchase of a food. That number has surged since 2012, when 61% of consumers valued healthfulness.

Even more, consumers are more willing to shell out the big bucks for healthy food than ever before, Forbes reported.

An idea for food companies: Really want to reel in consumers? Instead of making empty claims about foods full of goodness, why not just make them healthy? This way standards authorities won't come a-knockin', and people will be able to confidently make healthy choices. Just some food for thought.

Still, consumers ready to drop dough on healthy products could do well to read the back of a food package instead of the front when determining whether a food is "heathy." Mic previously reported that words like "natural" don't mean anything, and marketers continue to slip words like gluten-free and non-GMO on foods that didn't need to be altered to be that way in the first place.

Kill your TVs and read a food label if you really care about what you're eating.