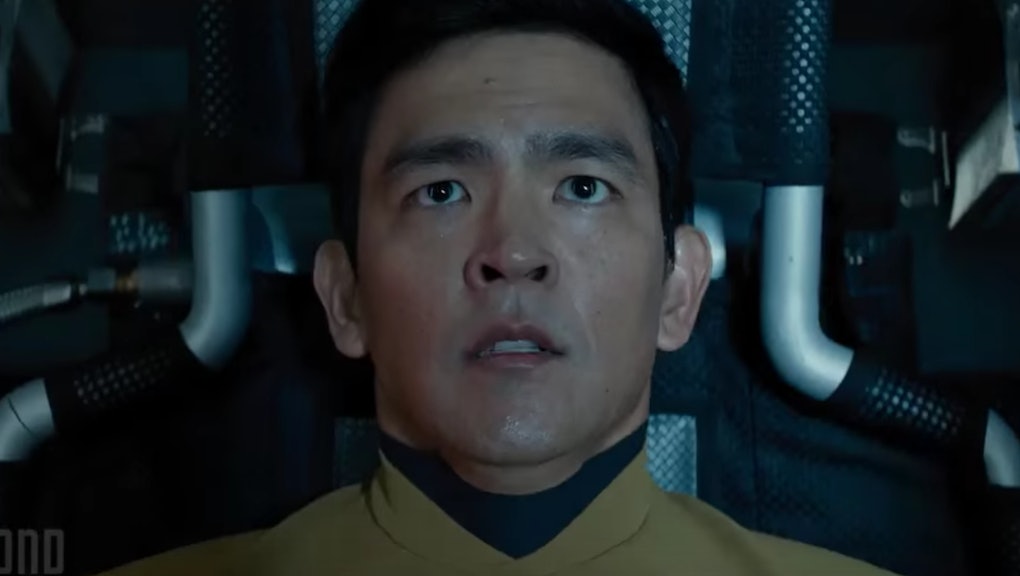 John Cho Explains Why Mr. Sulu Being Gay Is True to the 'Star Trek' Vision

The Star Trek Beyond creators likely hoped for a better response from Star Trek alumnus George Takei to the news that his former character, Hikaru Sulu is gay in the new film. Their choice to give Mr. Sulu a same-sex partner and a daughter in Star Trek Beyond, out Friday, was designed as a nod to Takei and his noteworthy activism for LGBTQ rights.

Yet the actor and activist called the choice "unfortunate" and untrue to Star Trek creator Gene Roddenberry's vision. But Takei wasn't the only one who had concerns about the decision.

In an interview with the A.V. Club, John Cho — who plays Sulu in the revamped movie franchise — admits that he was concerned both about how Takei would respond to the news and how the series would depict sexual orientation.

"I was concerned that because this is the same genetic Sulu — although we're in an alternate timeline — that we would be inadvertently implying that sexual orientation was a choice," Cho said. "So those were my areas of concern. Having said that, I was convinced that the message was pure and that it was coming from a really good place, and I thought that it was handled correctly. People would buy it. And I think we have handled it correctly, and I think people are not worrying about the issues that I was worried about."

Narratively, it's really good. We're executing Roddenberry's intent, I think: infinite diversity in infinite combinations. It's very much a part of the ethos of Star Trek. I have to say, all things considered, it's working great, and I'm proud of it ... Aside from it just being a great narrative device — which it is because it personalizes the stakes when Yorktown [a Starfleet base] is threatened by Krall, our villain — the best thing I can hope for is that it encourages some gay or lesbian viewer, who is young and doesn't feel like he or she sees enough of themselves on the screen. So if there's somebody out there who digs it and feels less afraid, then right on.