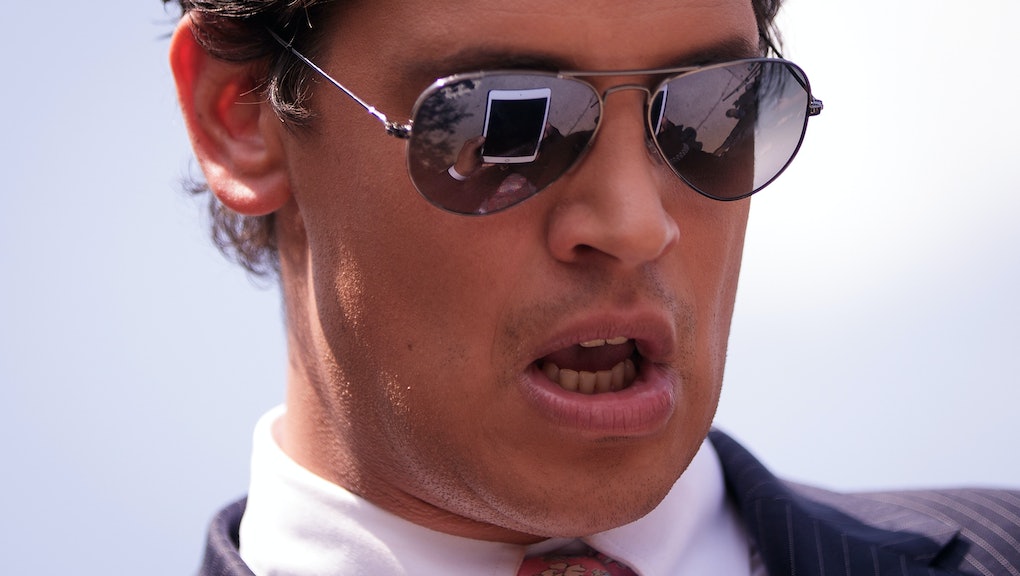 For years, Breitbart editor and right-wing agitator Milo "@Nero" Yiannopoulos pushed the boundaries of what was allowed on the social network, taunting liberals and feminists with transphobic, misogynistic and borderline racist tweets, seemingly daring Twitter to kick him off. On Tuesday, after Yiannopoulos' legion of angry gamers and conservative trolls harassed Ghostbusters star Leslie Jones until she opted to abandon her Twitter account, the service finally pulled the trigger: Milo was permanently banned.

In banning Yiannopoulos, Twitter may have prevented him from easily galvanizing his hundreds of thousands of followers against his targets. But Twitter has also emboldened Milo's status as a martyr for free speech and anti-censorship, the public face of an angry, white political class that thinks of itself as persecuted victims in an era of political correctness.

The movement in which Yiannopoulos has now found himself a hero and martyr is called the "alternative right," an emerging conservative group that believes there is a liberal authoritarian agenda to police speech in the name of political correctness. They're young, clever, jingoistic and internet-savvy; they love memes, fear immigrants and almost unanimously support Donald Trump for president in 2016.

Many would consider a conservative reactionary movement comprising white nationalists and men's right activists to be a hate group or mob, and the progressive left often uses these terms to disparage the alt-right.

The thing is, this group doesn't care in the slightest. "Exposing" their hate only seems to make them stronger, fiercer and more calamitous.

When Leslie Jones faced a tsunami of racist abuse on Twitter, she turned to one of the most powerful tools in human evolution: public shaming. She attempted to turn the tide on her attackers by exposing them to public scrutiny, bringing their actions in front of as many eyeballs as possible.

Shaming, according to NYU professor Jennifer Jacquet, can be narrowly defined as exposing an individual's actions to the public to attack their reputation and show that they are beneath the moral standards of a culture.

"Even among thieves, there is honor and there is shame — they are just provoked by a different set of standards," Jacquet writes in her book Is Shame Necessary?.

The alt-right, however, believes it's "enlightened" and above our culture. It doesn't adhere to the same moral standards as the rest of the U.S., and so it's impervious to this kind of shaming.

This is why media commentators are left scratching their chins when the exposure of racism in Donald Trump's campaign (and among his supporters) seems to have little-to-no negative effect on his polling: Trump's followers admire the man's refusal to kowtow to established principles.

"The alt-right sees itself as impervious to shame because they don't agree with the labels," Ryan Lenz, a senior writer with the Southern Poverty Law Center, said in a phone call Wednesday. "They don't agree what they're doing is wrong. They want to be insulting, because they want to be iconoclastic. And their online fame and notoriety comes from how insulting they can be."

In short, the alt-right doesn't recognize its behavior as immoral, misogynist or racist. It sees itself as a persecuted intellectual movement.

In Milo Yiannopoulos' own explainer of the alt-right, he attempts to set the movement apart from traditional white nationalism through one major distinction: intellectualism.

"Skinheads, by and large, are low-information, low-IQ thugs driven by the thrill of violence and tribal hatred," wrote Yiannopoulos and his coauthor, flattering their audience. "The alternative right are a much smarter group of people — which perhaps suggests why the left hates them so much. They're dangerously bright."

In order to be recognized as a coherent school of intellectual thought, and not just a successor to the historically discredited school of scientific racism, the alt-right demands to be debated. In his speeches, Yiannopoulos references a post he wrote called "How to Beat Me," which instructs his opponents not to protest him but to engage him in serious debate.

When alt-right trolls are banned on Twitter or other social media, their go-to defense is that the left refuses to engage seriously with their ideas. In a way, every act of alt-right trolling has an endgame: to push boundaries in an effort to provoke a reaction, then criticize the left for "policing" their speech.

Instead, the alt-right's political ethos is part of a long trend of whitewashing racism with pseudo-scientific rhetoric.

"There is absolutely no difference between the intellectualism of the alt-right and the historical racist intellectuals like Jared Taylor and Sam Francis, who cover their hatred with ivory tower respectability," Lenz said.

Twitter has already received criticism for ousting a figurehead to protect a celebrity instead of approaching online hate mobs with a holistic and comprehensive harassment policy.

But what no one's talking about is this: Twitter dealing with Yiannopoulos instead of treating the bigger problem of widespread harassment allows the alt-right to claim, as it has, that its views aren't morally wrong or hateful, but threatening to an establishment.

Attempting to wipe alt-right leadership from public spaces bolsters the narrative that this group is not a hate mob — it's a persecuted school of thought curtailed by authoritarian thought police that fear its power. Through this, the alt-right generates further mistrust in the establishment — making anti-establishment candidates like Trump all the more appealing.

Banning Yiannopoulos, and agitators like him, isn't just fuel for the alt-right's fire — it's water for its roots.