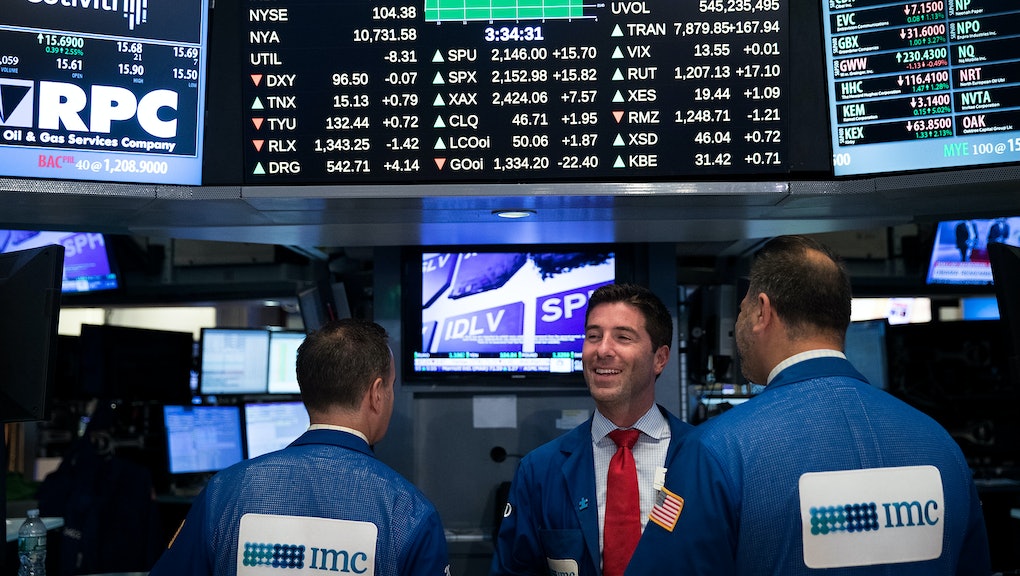 Normally it is left-leaning Democrats like Vermont Sen. Bernie Sanders and Massachusetts Sen. Elizabeth Warren who talk about breaking up big banks.

But — in an unexpected move — Republicans this week acquiesced to Donald Trump's call to reinstate the Glass-Steagall Act, which would require banks to separate commercial banking from investment banking activity to help tamp down systemic risk to the economy.

Setting aside the contradictory fact that Republicans also want to repeal Dodd-Frank — regulation that also curtails risky behavior by giant banks — there's another point worth considering.

Many big banks are already starting to shrink.

Of course, these changes are all relative. The biggest banks still have far more in assets, and far fewer competitors, than they did during most of the last half-century.

But there's evidence the financial industry is having trouble adapting to modern regulation and market dynamics.

Indeed, that Trump was able to convince his usually pro-business party to revive any banking rules at all is a powerful indicator of just how unpopular the financial sector has gotten.

Some history to put the situation in context: The Glass-Steagall Act was a legacy of President Franklin Roosevelt's administration that sought to break up banks after tough lessons learned during the Great Depression.

When most of people think of a "bank" they're thinking of commercial banking. Those are the types of banks that keep your savings and checking account money on deposit, and issue small loans. Investment banking is, on the other hand, a lot riskier, since it involves the buying and selling of stocks, bonds, real estate, and other assets.

Crucially, money held by most commercial banks is insured by the Federal Deposit Insurance Corporation, meaning that if something happens to your bank you can still get your money back — up to $250,000. Not so for money held by investment banks.

In the 1930s regulators decided it probably wasn't a good idea to let banks performing speculative activities to also be the steward of money deposited by everyday people. The Glass-Steagall Act addressed that by separating investment and commercial banks, theoretically insulating "Main Street" from the high-flying risk of Wall Street.

Then in 1999, President Bill Clinton repealed Glass-Steagall, which freed up investment banks to merge with commercial banks, and inevitably they got a lot bigger.

By the time the financial crisis came along, the six largest U.S. banks had swelled in size. In 2011 their combined assets totaled more than half of U.S. GDP.

Though those assets have shrunk slightly in size in the years since, the big banks are still huge enough that they will go to great lengths to seem smaller, and therefore less of a target for regulators and watchdogs — including, apparently, the GOP.