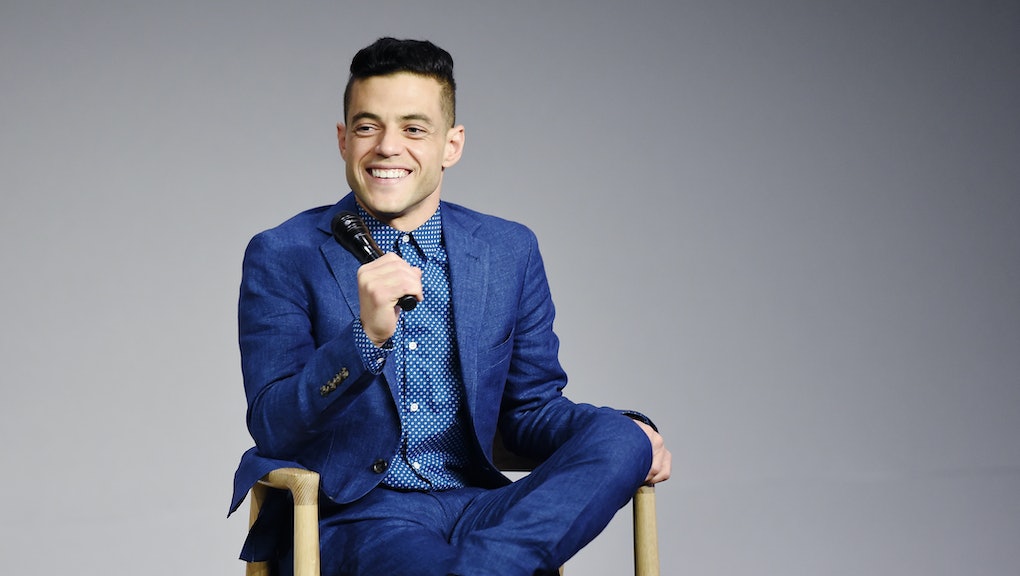 On the TV show Mr. Robot, Malek's character Elliot is addicted to morphine.

On Late Night With Seth Meyers, Malek told Meyers that in reality, he's snorting up a "Vitamin B pill or something," but that inhaling all of the prop meth into his beautiful face became too much. He just couldn't hack it.

Apparently Vitamin B is a popular prop drug: Jonah Hill snorted it rather than cocaine on set of The Wolf of Wall Street, as did Vanessa Hudgens on set of Spring Breakers.

"After a while I said, 'Look this is just killing me. Can we do something about it?' So they built me this vacuum that goes down my sleeve," Malek told Meyers.

It's yet to be determined whether the sleeve "utensil" will make a cameo in season two, seeing as Malek's character is clean thus far.

A new episode of Mr. Robot airs Wednesday night on USA Network at 10 p.m. Eastern. Keep your eyes peeled for something up Elliot's sleeve.