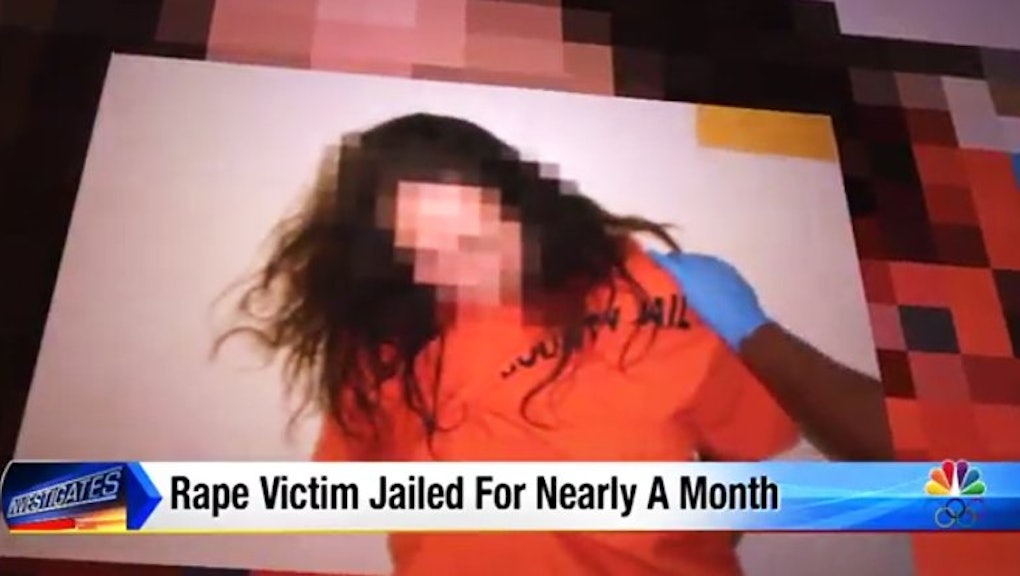 A 20-year-old rape survivor, known as "Jenny," is suing Harris County Court in Texas for throwing her in jail for one month for crying and running out of a courtroom during her testimony in the trial of her perpetrator.

On Dec. 8, 2015, as reported by Click 2 Houston, Jenny — a woman with medically diagnosed bipolar disorder — was testifying against Keith Hendricks.

Hendricks violently choked and raped her and was sentenced to two life sentences. When recalling her trauma of the rape incident during her testimony, Jenny went through a mental breakdown.

After she ran out of the court room, prosecutor Nicholas Socias said Jenny should be jailed after visiting a hospital for medical treatment. The impetus behind Socias' request is reportedly based on fear that Jenny wouldn't be able to return to court later and testify against Hendricks again.

She testified against Hendricks again on Jan. 11, but was still detained in jail for three more days.

In total, Jenny was held in jail for about one month. Her lawsuit claims that the jail guards didn't treat Jenny as a victim, but as a convicted criminal. Her attorney Sean Buckley told Raw Story another inmate punched her. According to the suit, she was involved in a physical fight with one of the other jailers due to being frustrated at the treatment she was receiving. She was charged with assault, but the charges were later dropped.

In Texas, a judge can send a witness to jail without bail. This is often referred to as an "attachment order" or "witness bond." Judges order a witness bond to ensure that a material witness, who is likely or presumed to evade from the trial, will testify in the next court date. But as explained in Raw Story, Jenny should have never been sent to jail since she was cooperating with court officials.

This is yet another example of how laws sometimes hurt the very people they're meant to protect.