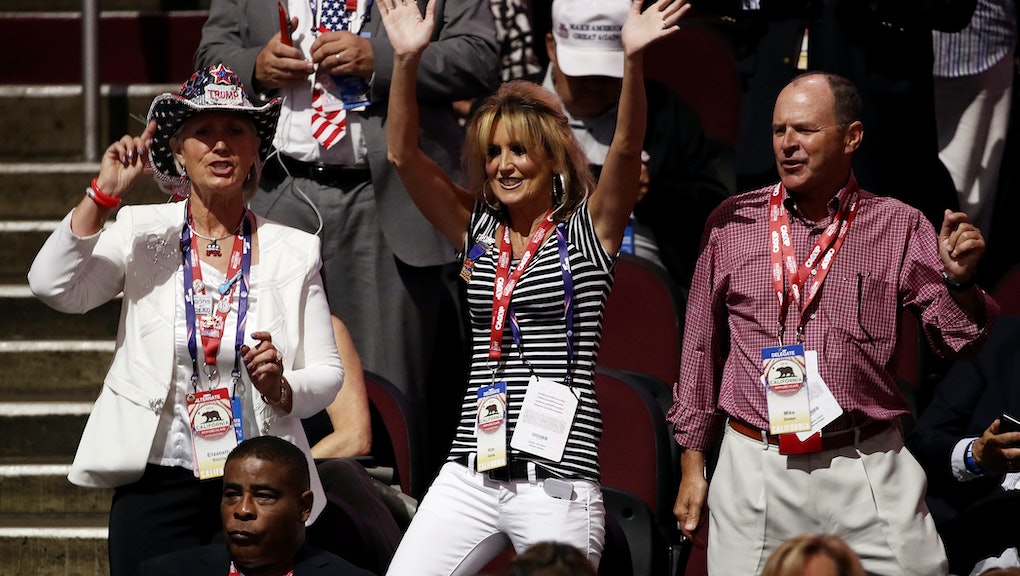 If you tuned in to the Republican National Convention before 8 p.m. Wednesday night, it was unclear whether you were watching a political gathering, or a bad cover band concert attended by thousands of people dressed in sequined American flag garb.

Thousands of delegates, most of them with very little rhythm, broke it down to classics like "My Sharona" and "Sweet Caroline" as they awaited speeches for the third night of the GOP convention in Cleveland.

C-SPAN, whose wall-to-wall coverage is often devoid of talking heads, panned around the convention floor showing the delegates.

Some on Twitter begged for the dancing to stop.

But the delegates — who likely had no idea their terrible dance skills were being broadcast to the world — kept on boogying.

Speeches on the third night of the convention begin at 8 p.m. Eastern.

Until then, you get on with your bad selves, delegates.