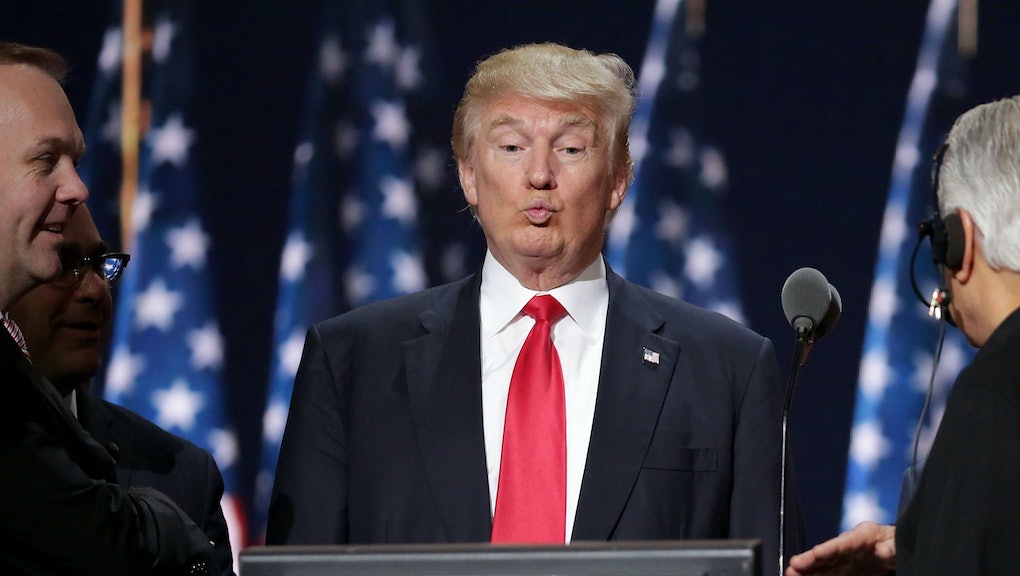 CLEVELAND — The platform passed at the Republican National Convention this week is supposed to represent the official views of the GOP.

But there's no shortage of young Republicans who say that's not what it does.

Rachel Hoff — a Washington, D.C., delegate and platform committee member — said in an interview here she's got a real problem with the platform's stance against marriage equality — and that it's an example of what the GOP is doing wrong when it comes to bringing new voters onboard.

"There are a lot of things in the platform that I like, but one issue set that's really important to me is LGBT issues and marriage, specifically," Hoff said, "and the party platform is most certainly out-of-step with my own views, but they're also out-of-step with the views of 60% of Americans and a majority of young Republicans and an increasing number of Republicans as a whole."

"And I think we're not sending a very good message to the American people as to why they should vote for Republican candidates," she added.

Why does she oppose it?

"It's a matter of principle for me," she said. "My conservative principles of limited government, personal freedom, individual liberty drive me to support marriage equality and LGBT rights. I also think it's smart politically and it also happens to matter to me personally because I am gay."

"We need to be a bigger party, not a smaller party," she added, "and I think we're shrinking ourselves if we continue to pass platforms like this."

Darren Ray Waddles, head of the Arkansas Federation of College Republicans and an at-large delegate for his state, likes the platform.

All of it, pretty much.

"I totally agree with it," he said. "I voted yes on it. ... It's unfortunate that not every voice can be represented. Because that's why we are a representative democracy."

"If we had to vote on every single cotton-pickin' thing, you know, it'd be crazy," he said. "But that is my answer, plain and simple, is yes."

"I would just say, 'Make it more marketable,'" he said.

"I think the Republicans should take the constitutionally appropriate stance, which is [to] leave it to the states," Bezoian said in an interview after a meeting with other young Republicans at a hotel near the Quicken Loans Arena.

As far as broadly making the sale for the Republican Party to younger voters, Bezoian advised, "Yes, you believe that and you'll get people who might agree with you, but someone else who isn't religious won't have that same stance. So, I guess... maintain your beliefs — but if you're trying to convince someone of something, don't use religion."

Joseph Borelli — a 33-year-old New York delegate, city councilman and Trump surrogate — similarly said in an interview at the "#TwitterDistrict" lounge near the arena that he expects the party will ultimately evolve to a more libertarian, live-and-let-live approach over time.

Matthew Oberly — a 26-year-old Log Cabin Republican and communications director for the Young Republican National Federation — said he was extremely disappointed in the platform's stance on marriage, from a personal standpoint.

The LCRs, the nation's biggest gay conservative group, condemned the platform in Trump's own words via a full-page newspaper ad after its adoption. Oberly said he doesn't think the platform represents the views of the party's millennial members overall.

"Being a gay Republican and being in Young Republicans, I've never specifically had an issue — I've always been valued. I've always been accepted," said Oberly, of Fort Lauderdale, Florida. "And I'd really like to see going forward that the party delivers the message that they've given to me to everybody."

Like Borelli, he expects the party's stance to shift in the years ahead.

"I think it's a small group of people who made a decision for everybody that isn't reflected by the masses," Oberly said. "If you walk around and talk to a Young Republican, they love everybody; they're accepting of everybody. They're inclusive of everyone. And I really believe that is not the message of where the future of the party is going."

Interviews with an array of young Republicans and delegates, whether they agreed with the platform or not, revealed a common theme: The day of the "greatest generation" leading the party is gone, with the boomers to follow.

Millennials, they say, are the heirs to the party standard.

In which direction they carry it remains to be seen.