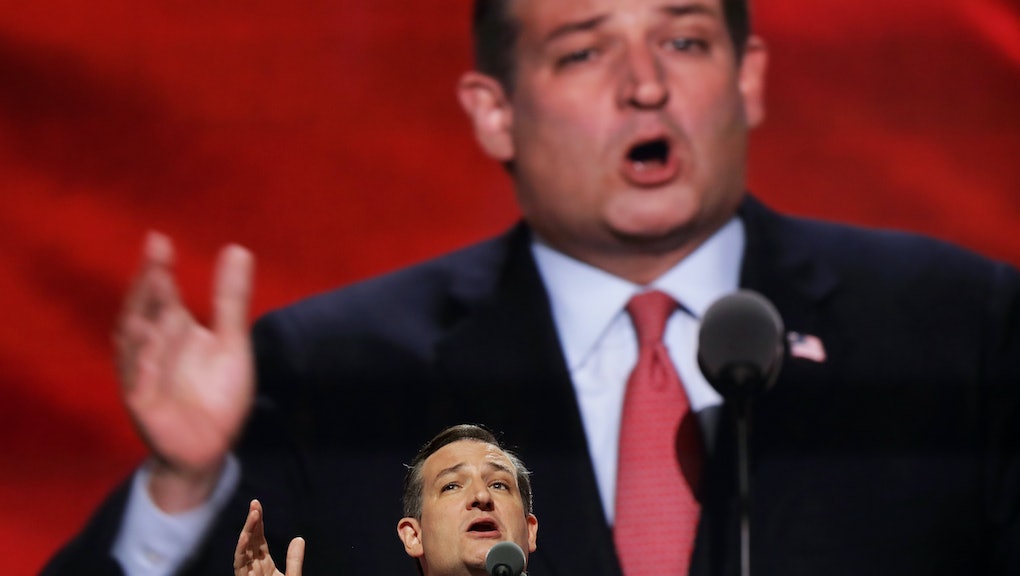 The booing began when Cruz urged the convention hall to "vote their conscience" rather than vote for Trump.

"To those listening, please, don't stay home in November," Cruz said. "Stand and speak and vote your conscience. Vote for candidates up and down the ticket who you trust to defend our freedom and to be faithful to the Constitution," Cruz said — a not-so-subtle dig at Trump.

The scene was so ugly that security whisked Cruz's wife, Heidi, out of the room as the crowd got riled up, CNN reported.

Making things even more awkward was Trump himself, who walked into the arena toward the end of Cruz's remarks — riling up the already angry crowd even more.

Cruz, who was one of the last candidates standing in the primary against Trump, did congratulate Trump earlier in the night for winning the primary.

But the Texas Senator has had a contentious relationship with the businessman.

Earlier this year, Trump accused Cruz's father of being part of the assassination of former President John F. Kennedy.

In the wake of that, Cruz called Trump a "pathological liar" and a "narcissist."

After the speech, Cruz brushed off the booing from the crowd, telling Mic he "was gratified by the warm applause."