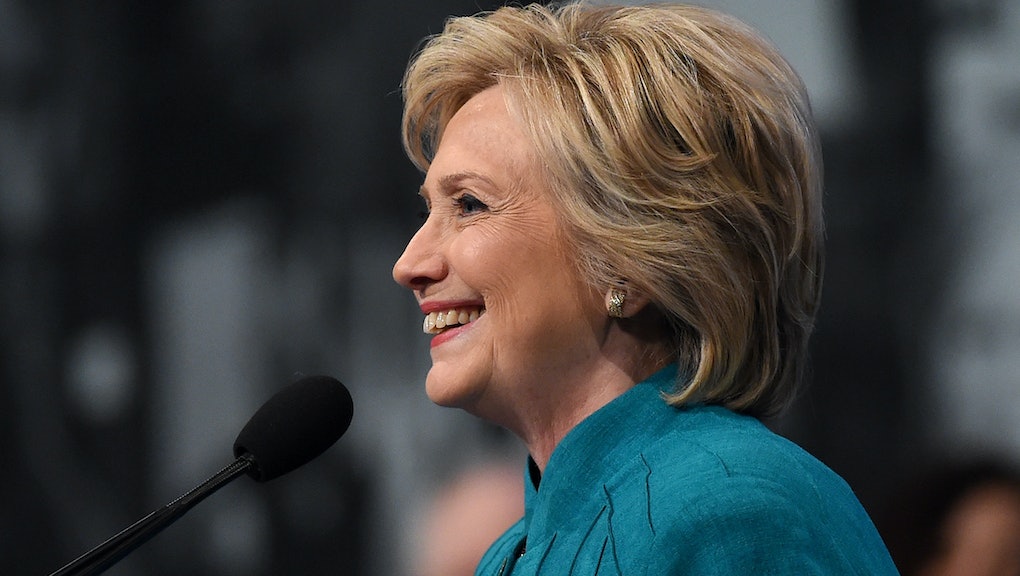 Texas Sen. Ted Cruz used his primetime speech at Day 3 of the Republican National Convention Wednesday to snub GOP nominee Donald Trump, telling the audience to "vote your conscience" — and Hillary Clinton seized the opportunity to tell voters just that.

"Stand and speak and vote your conscience. Vote for candidates up and down the ticket who you trust to defend our freedom and to be faithful to the Constitution," Cruz said, earning raucous boos from the crowd.

The presumptive Democratic nominee and reigning queen of the political clapback wasted no time issuing a quick, yet brutal, blow to Cruz, Trump, et. al:

Before Cruz's speech, Clinton also highlighted his past criticisms of Trump, tweeting a video of Cruz calling Trump a pathological liar.

Clinton's Twitter team has been particularly shady lately, never missing a beat to call out Trump or others in the GOP. From having staffers read all 5,500 of Trump's lawsuits on Facebook Live, or pulling a Kim Kardashian West on Chris Christie, it is clear Clinton is using Twitter as a weapon this campaign season.