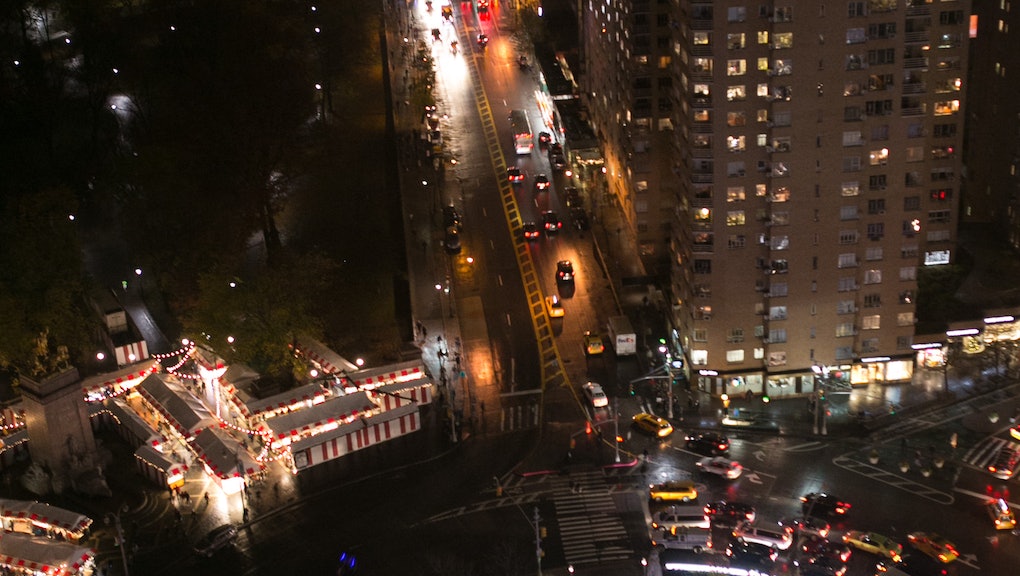 After a Thursday morning standoff, New York police have arrested a suspect who allegedly threw a suspicious object into a police car and prompted a bomb scare by Times Square.

According to Chief of Police James O'Neill, an object was thrown into the window of a NYPD squad car at West 46th Street and Broadway on Wednesday night, NBC New York reports. The strange object turned out to be harmless, and the all-clear was given by to NYPD Assistant Commissioner for Communication and Public Information J. Peter Donald late Wednesday night.

According to CBS New York, the driver of the vehicle was found in Columbus Circle, where officers pulled him over.

"Upon stopping the SUV, a male driver was observed placing a red plastic helmet on his head. The male did not communicate with the officers, who then called for backup," O'Neill told reporters.

The suspect has been identified as Hector Meneses of Queens, according to the NY Post.

The police investigation had closed 8th Avenue, 9th Avenue, Broadway and Columbus Circle to cars and pedestrians between 57th and 59th Streets.