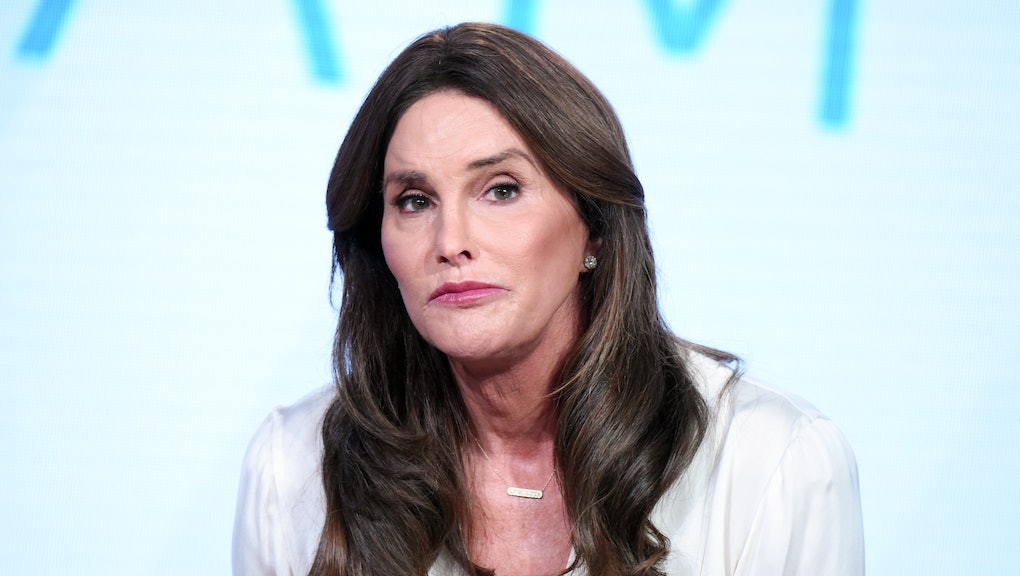 Caitlyn Jenner told the Daily Beast earlier this month she was planning to head to the Republican National Convention, which kicked off on Monday, to advocate for the LGBTQ community. But at an event on Wednesday, the reality star and former Olympic athlete made a statement that played right into the hands of conservatives who shrug off the marginalization of LGBT people.

Though the outlet speculated Jenner was "mostly joking," there are certainly many Republicans who'd feel affirmed by her claim — perhaps the same Republicans who believe white people should be considered a minority group or think the North Carolina bathroom bill "oppressed and marginalized" conservatives.

Given these pervasive ideologies, Jenner's comment, joke or not, isn't a huge help for people constantly fighting against them.

Jenner has come under fire in the past for her alliance with the GOP, as well as her endorsement of Republican nominee Donald Trump — saying he would be great for women and seems to be "very much behind the LGBT community."

What's more, Jenner has made transphobic comments herself, policing how trans people should perform their gender identity. In an interview with Time in December, Jenner said, "If you look like a man in a dress, it makes people uncomfortable."

Jenner's coming out as trans, as other transgender people have pointed out, is also inextricable from her privilege. Many trans people can't afford to undergo surgery like Jenner did, and trans women of color suffer from higher rates of police violence, poverty and suicide. So while for Jenner, coming out may have been easier than revealing her political stance, for many others there is simply no comparison.

"Transgender representation in the media (despite what seems) is still very limited," wrote FuseTV senior web producer Mark Sundstrom in a tweet on Wednesday. "[The] fact that Caitlyn Jenner is a big part of it is scary."