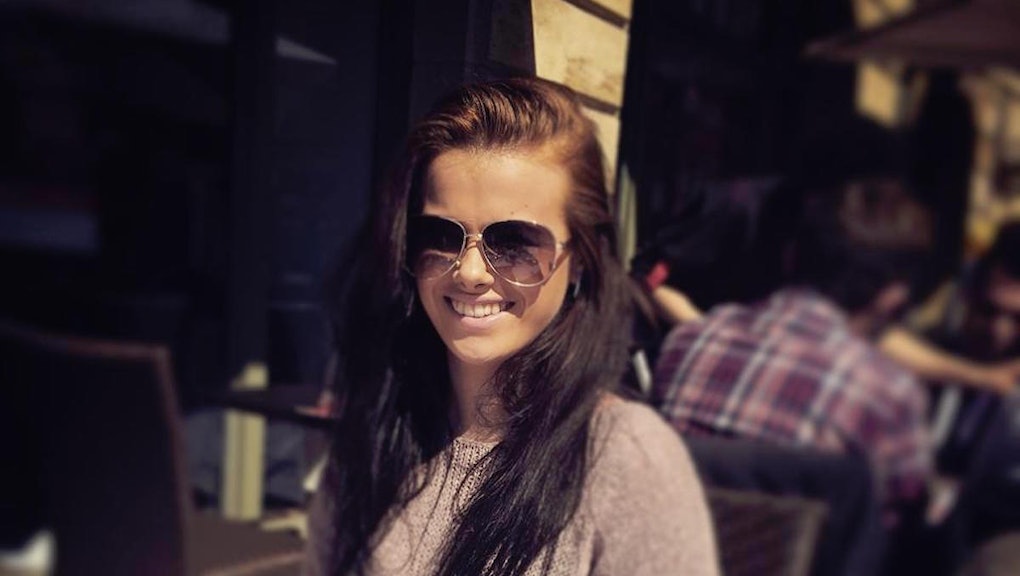 The United Kingdom tabloid the Sun is not exactly known for its nuanced reporting on sensitive issues. Yet the tawdry newspaper hit a new low with its coverage of India Chipchase, a 20-year-old aspiring health care worker who was raped and murdered in January.

In a vile, stomach-turning tweet that has since gone viral (and is still, unbelievably, up on the publication's Twitter account), The Sun said that Chipchase "drink six Jagerbombs in ten minutes" on the night she was killed, thus implying that she wouldn't have been sexually assaulted had she stopped drinking that night.

The tweet has stirred outrage throughout all corners of the internet, with people accusing the Sun of blaming and slut shaming the victim:

According to a report from the BBC, Chipchase was out with her friends at a club in Northampton, United Kingdom, on Jan. 30 when she disappeared suddenly later that night.

On Jan. 31, her body was found lying atop a plastic sheet at the house of Edward Tenniswood, 52. Tenniswood was later arrested for allegedly raping and strangling Chipchase. During Tenniswood's trial, which is currently ongoing, a witness said that he had seen a man who resembled Tenniswood escorting Chipchase home.

"She seemed as if she was drunk because she was holding on to the railing, and the guy with her was by her side," the witness said.

Although the Sun has garnered enormous controversy for its victim-blaming tweet, this is far from the first time that women have implicitly been held responsible for sexual assault on the grounds that they were inebriated. According to a 2015 survey from the U.K. Office of National Statistics, 34% of 16- to 19-year-olds reported that a sexual assault victim was "completely" or "a little" responsible if they had been drinking heavily beforehand, while 46% said that was also true if the victim had been flirting with her assailant.

Even those who do not overtly say sexual assault survivors are responsible for rape dispense advice that can be perceived as victim-blaming or overly judgmental. In 2013, for instance, former Slate "Dear Prudence" columnist Emily Yoffe drew criticism when she penned a column urging young women to stop drinking, or else increase their risk for sexual assault.

"Young women are getting a distorted message that their right to match men drink for drink is a feminist issue," Yoffe wrote. "The real feminist message should be that when you lose the ability to be responsible for yourself, you drastically increase the chances that you will attract the kinds of people who, shall we say, don't have your best interest at heart."

Whether or not it's true that increased alcohol consumption is correlated with sexual assault (and, as Yoffe points out in her column, there are studies to support the idea that it is), the message is clear: Blaming a woman for being raped and murdered because she was drinking too much misses the point entirely. The only person we should be blaming? The rapist and the murderer himself.