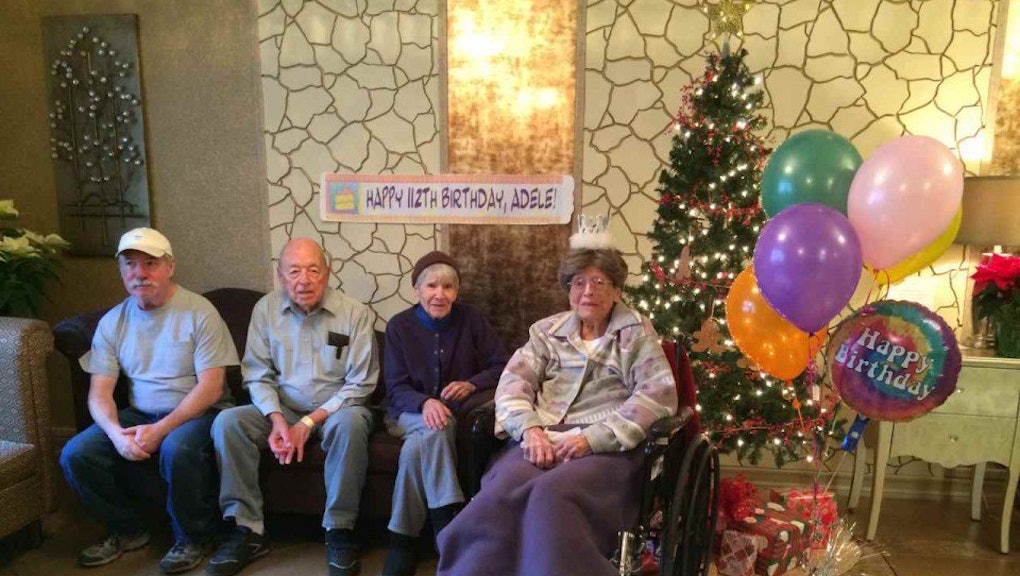 The New Oldest American Is a 113-Year-Old Woman Who Loves Oatmeal, "Socializes Minimally"

America, meet Adele Dunlap — at 113 years old, she's currently the oldest living person in the country, the Associated Press reported, and her lifestyle may just be the secret to everlasting youth ... or maybe she just has really great genes.

According to NorthJersey.com, Dunlap was born Adele Henderson in Newark, New Jersey, on December 12, 1902. She boasts seven grandchildren, 16 great-grandchildren and three great-great grandchildren.

Her longevity is a mystery even to her family. Her 86-year-old son Earl Dunlap told NorthJersey.com that his mother "never went out jogging or anything like that. She's not really thin, but she never weighed more than 140 pounds. She smoked, and when my father had his first heart attack, they both stopped. I think she ate anything she wanted."

Dunlap raised three children with her husband, Earl Sr., before he died in 1963 — since then, she's been single. The activities director at the care center where Dunlap lives told NothJersey.com that Dunlap "socializes minimally" with other residents — so maybe the secret to a long life is a lot of alone time? Or maybe it's oatmeal, because Dunlap apparently loves oatmeal.