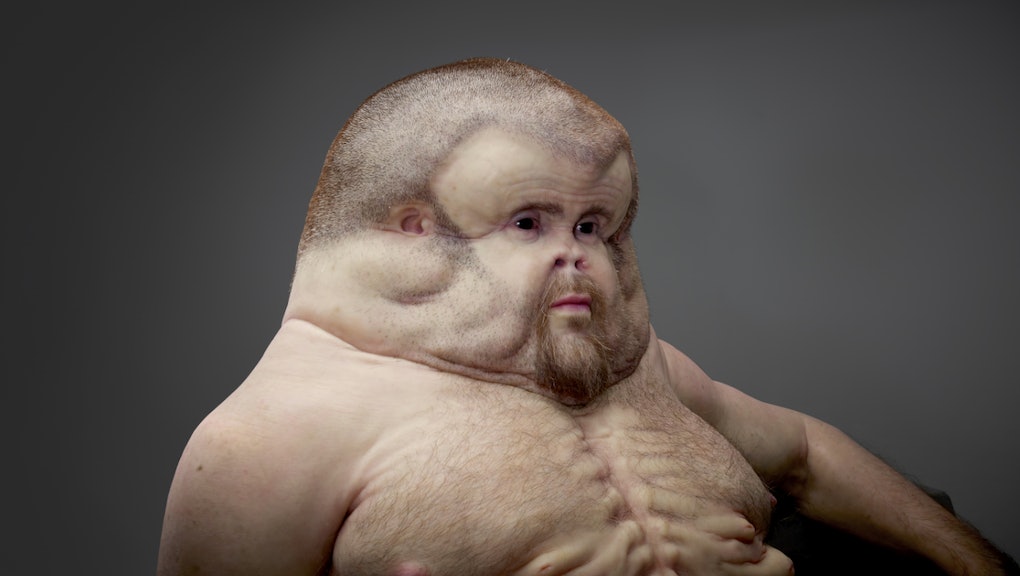 You need to look like something out of the Marvel comic universe to survive a fatal car crash, according to the Transport Accident Commission of Victoria.

This is Graham, an interactive sculpture designed by a trauma surgeon, a crash investigation expert and an artist to show how breakable the human body actually is.

"Cars have evolved a lot faster than humans and Graham helps us understand why we need to improve every aspect of our roads system to protect ourselves from our own mistakes," TAC CEO Joe Calafiore said in a press release.

Graham is built like a tank, a fleshy version of X-Men's Juggernaut. That's because the human body isn't built to be T-boned, rear-ended or collided with head-on. "In a car crash, we are dealing with forces much greater than the physical knocks our brains are designed to take," Graham's interactive program "Meet Graham" says.

To bolster the human body, Graham has a reinforced skull and more cerebrospinal fluid to cushion the skull in the instance of a car crash; a forehead to protect the brain like a helmet; a flat face with his nose and ears protected by the skull; ribs that extend up to the head, replacing his neck; a stronger ribcage and an airbag-like torso; thick, tough skin; omnidirectional knees; and "spring-loaded," hoof-life legs.

The point of the whole project is that most humans don't look like this. Graham's creation speaks to a larger problem with car accidents: Our bodies weren't built to handle impact at high speeds. And until we all look like Graham, we need to be more conscious of our own vulnerability when we sit in the driver's seat.