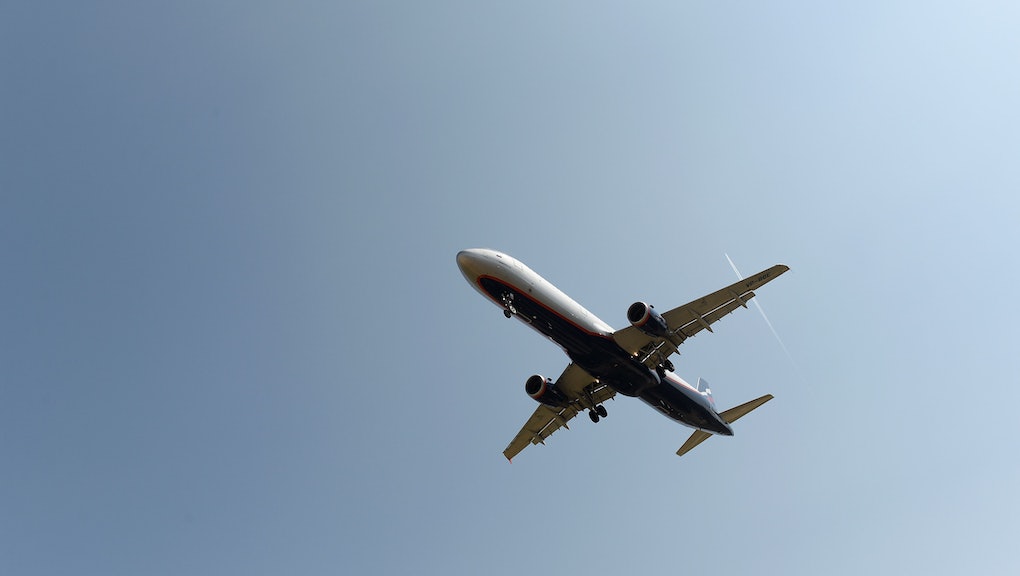 The easiest way to get kicked off an airplane? Be Muslim.

Mohamed Ahmed Radwan was taking an American Airlines flight from Charlotte, North Carolina, to Detroit, Michigan, in December when he was ejected from the plane.

On Wednesday, with the assistance of the Council of American Islamic Relations, Radwan filed a complaint against the airline for "discriminatory conduct" to the U.S. Department of Transportation.

The complaint, dated July 20, said a flight attendant told Radwan she will be watching him — over the public intercom system.

"As Mr. Radwan took his designated seat, a flight attendant loudly announced: "Mohamed Ahmed, Seat 25-A: I will be watching you," the complaint said. "After approximately one minute, the flight attendant again repeated the announcement, this time stating: 'Mohamed Ahmed, that is a very long name, Seat 25-A: I will be watching you.' For the third time, in a louder and more aggressive tone, she again announced, '25-A: you will be watched.'"

After respectfully inquiring about the several announcements the flight attendant made about him, Radwan was told that he was being "too sensitive" and was asked to come to the front of the plane. From there, "Camille" — a flight attendant — and a male American Airlines employee discussed the incident with Radwan.

Camille then informed Radwan that he had to be removed from the flight. The reason for his removal? The flight attendant was "uncomfortable" with him on the plane.

"It is apparent that American Airlines removed Mr. Radwan from his flight not out of legitimate and credible safety concern or need, but because of his identifiably Arabic and Muslim name," the complaint added.

This is happening all too often.

The complaint pointed out multiple instances in 2016 where flight attendants or airline companies removed passengers this year being Arab or Muslim. For example, on June 16, a bearded man was kicked off of a plane when a passenger said he looked "Arabic and scary."

After requesting another booster seat on United Airlines flight at O'Hare International Airport in Chicago, a Muslim mother and her three children were removed from the plane on March 26. A few weeks later, Southwest Airlines removed a university student for speaking Arabic. And on Jan. 18, four men were ejected from an American Airlines flight because the cabin crew — including the captain — did not feel "comfortable" with their presence on the plane. Three of them were Muslim and one of them is Sikh.

When airline companies kick out passengers for speaking Arabic or "looking Muslim," they're criminalizing the Muslim identity. How many more incidents do we need to have before we do something about it?