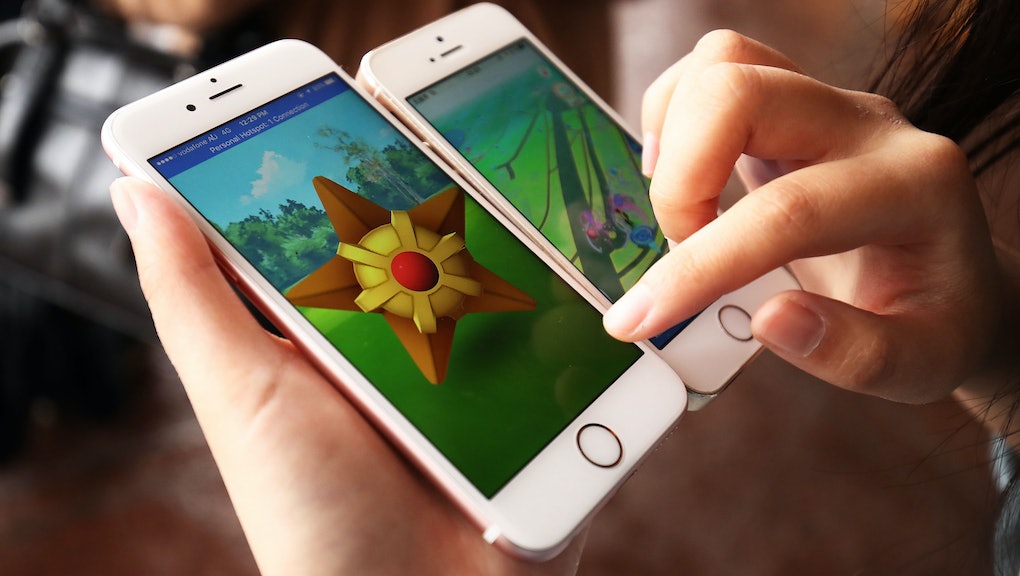 Like Ralphie Koppelman: a 6-year-old boy who has autism spectrum disorder and hyperlexia.

"I would call it Ralph's first taste of what it's like to have something in common with the rest of the world," his mom, Lenore Koppelman, told Today, referring to Pokémon Go. "He gets excited enough that he wants to reach out and communicate. It's like an awakening in his socialization."

Individuals on the autism spectrum and with hyperlexia struggle in social interactions. But Lenore said in a Facebook post that thanks to Pokémon Go, Ralphie was interacting with neighbors, friends and strangers.

"MY AUTISTIC CHILD IS SOCIALIZING," Lenore wrote in the Facebook post. "Talking to people. Smiling at people. Verbalizing. Participating in pragmatic speech. With total strangers. Looking up at them. Sometimes even in the eye. Laughing with them. Sharing something in common. This is AMAZING."

Peter Faustino, a psychologist and member of the Autism Speaks Family Services Committee, wrote a blog post for Autism Speaks encouraging loved ones of young adults with autism spectrum disorder to play the game.

"Pokémon Go is giving young adults with ASD their own unique reason to leave the house, albeit if it is to catch pocket monsters," Faustino said. He added: "My advice is not to judge this new gaming experience as all bad and in need of limits. Rather let's embrace a step toward video games and virtual reality that may one day be tailored to inspiring those we love with ASD to leave the house and receive points/rewards/tokens for gathering information from other people they encounter in the store, at work, or at a place of leisure."