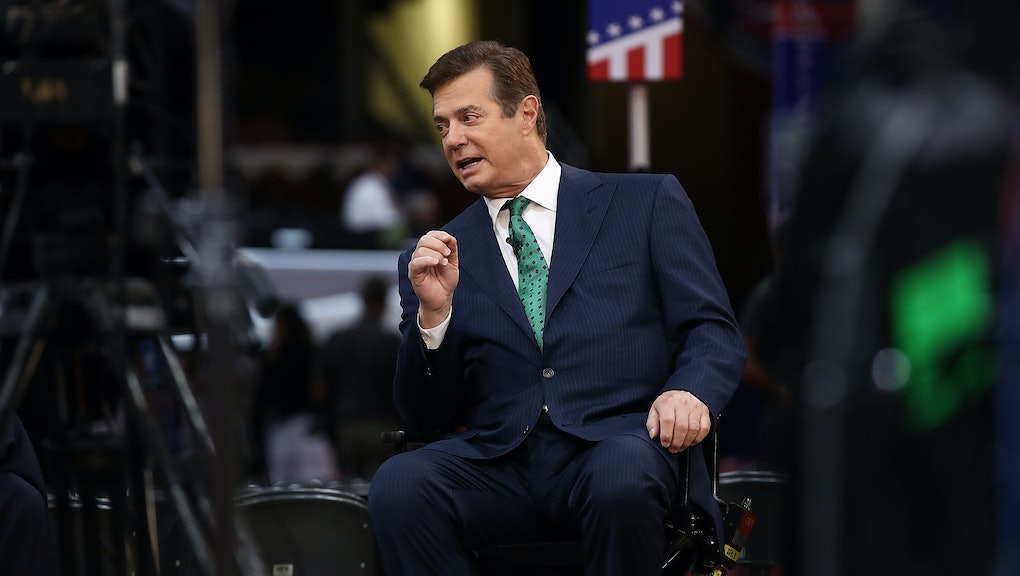 MSNBC anchor Chris Matthews was visibly taken aback by Manafort's comments. "Is that 21st-century talking?" Matthews asked. "Wives are concerned about how their husband's doing at work?"

"Because they can't afford their lives anymore. That's the point," he said. "To some people, it's a matter of jobs."

But to many on Twitter, it was a matter of old-fashioned sexism, literally:

Manafort's comments could deal yet another blow to Trump's popularity among women — who back Hillary Clinton over Trump by wide margins.

In a recent Bloomberg poll, 63% of women said they could never vote for Trump.