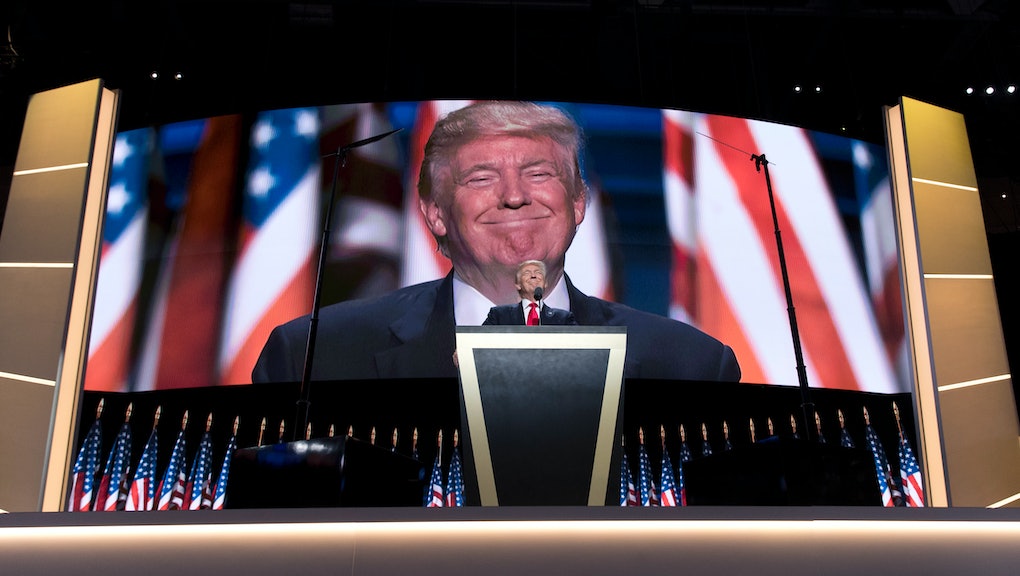 Recently anointed GOP presidential nominee Donald Trump is nothing if not controversial. The populist, right-wing candidate has divided a party which largely appears to be as blindsided by its candidate's success as the rest of the country is.

And his speech at the Republican National Convention on Thursday night, during which he officially accepted the nomination, didn't change many minds. If anything, it rattled those with existing apprehensions.

"I am, for the first time since I began covering American politics, genuinely afraid," Vox's founder Ezra Klein wrote after Trump's 75-minute-long acceptance speech. "Donald Trump is not a man who should be president. This is not an ideological judgment."

"Trump is the most dangerous major candidate for president in memory," he added. "He pairs terrible ideas with an alarming temperament; he's a racist, a sexist, and a demagogue, but he's also a narcissist, a bully, and a dilettante. He lies so constantly and so fluently that it's hard to know if he even realizes he's lying. He delights in schoolyard taunts and luxuriates in backlash."

Other high-profile figures, such as Democratic presidential candidate Bernie Sanders — who has since suspended his campaign — made their consternation and disbelief regarding Trump publicly known.

"If you want to hear the corporate spin, the carefully-crafted lies and the media myths, the Democrats are holding their convention next week," Trump said. "But here, at our convention, there will be no lies. We will honor the American people with the truth, and nothing else."

Trump preceded to paint a grim and dystopian picture of America, claiming crime rates have risen since Obama took office and the Middle East devolved after rival Hillary Clinton assumed the role of Secretary of State.

The Washington Post's Max Ehrenfreund tweeted the statistics Trump used to substantiate the purported increase in homicide. The chart tells a different story.

Trump perhaps confused correlation with causation regarding the connection between Clinton's role as Secretary of State and unrest in the Middle East. While the Arab Spring did coincide with Clinton's incumbency, for example, there are few who would argue she was the source of uprisings and political discontent.

Trump's presenting himself as a savior in the hell scape that has become America under eight years of Democratic leadership did not appear to convince many of his ability to lead.

If anything, his bombastic speech simply reaffirmed concerns of demagogy, dilettantism and disingenuousness.