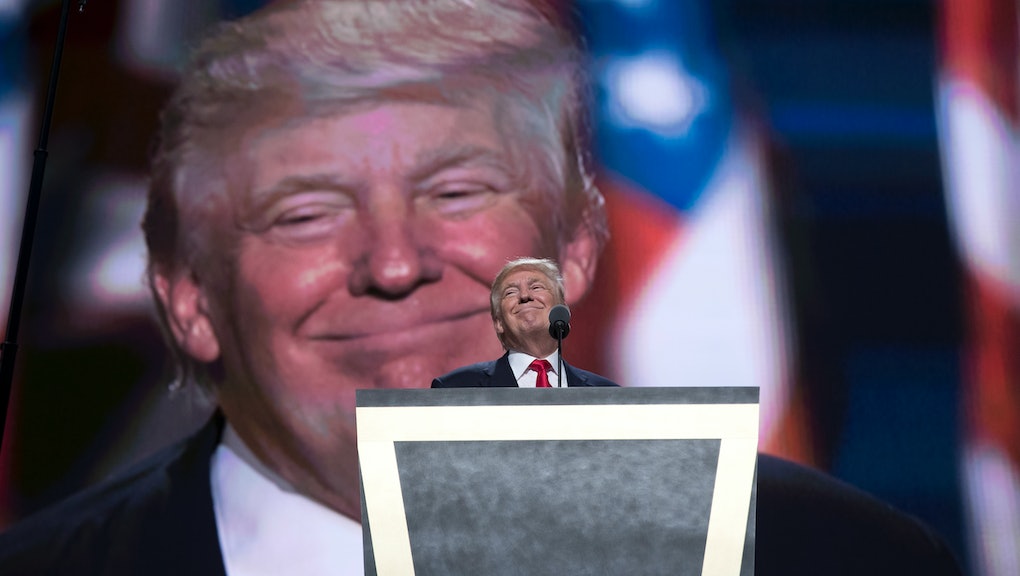 Donald Trump vs. Hillary Clinton: Did the RNC Help Trump’s Chances in 2016 Election?

Short answer? Yes — he became the official Republican presidential nominee, which is, admittedly, a solid first step toward the White House.

Long answer: Delegates voted to confirm Trump as the new leader of the GOP on Tuesday, and according to polls from CNN, the reaction to Trump's speech was positive — despite his nationalist tone and jingoist-leaning sentiments.

"It is time to show the whole world that America is back — bigger, and better and stronger than ever before," Trump said. He was ominous. He was aggressive. He vowed protection to the LGBTQ community and dug his heels into his vow of saving a nation on the verge of collapse from the Hulkish grip of the Left. And he doubled-down (tripled? quadrupled?) on his vow to build a wall along the Mexican border.

Viewers ate it up.

The global community wasn't so excited about the results.

The CNN polls are just the latest example of what should be a giant red flag of a ludicrous campaign: The more absurd and inflammatory his remarks, the better Trump does. That's supposed to be the platform of a bad reality show — not the future of the country.