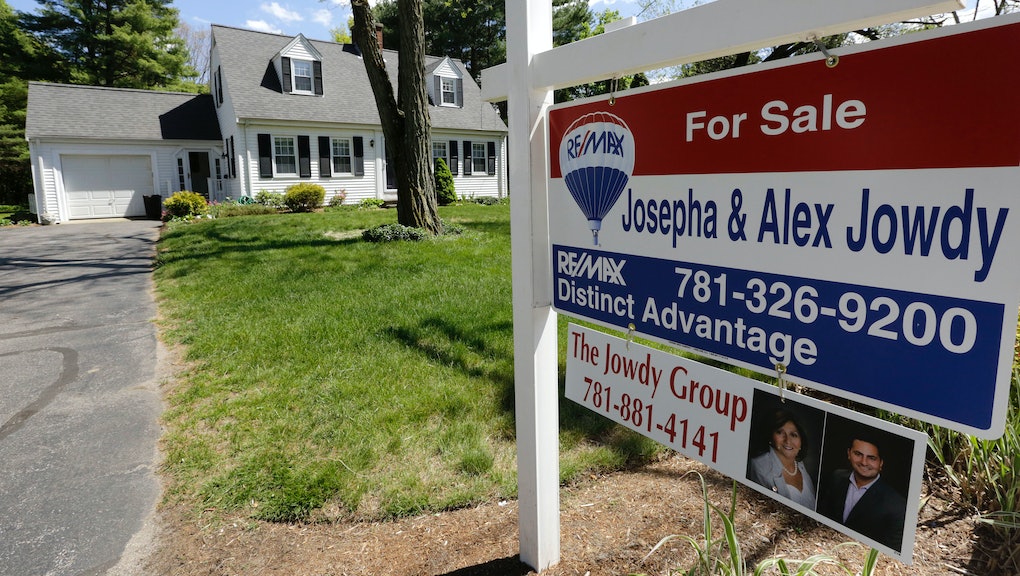 Buying a Home: The Sad Truth About "Investing" in Homeownership

Settling down and buying a home is often painted as an integral part of the American Dream: You stop paying rent and own your destiny — with a great investment, to boot.

That message certainly seems to resonate with many Americans, at least according to the results of a new survey from Bankrate, which found real estate to be the most popular "investment" that respondents named, ahead of the stock market, gold and cash savings.

While homeownership means you're no longer contributing monthly payments to pad your landlord's pockets, your pockets won't necessarily be overflowing, either. As Robert Shiller — a Nobel Prize-winning economist who helped create a leading home price index — has cautioned, land and homes do not rise in value faster than inflation, at least over the long term. So not only does investing in real estate carry many costs and risks, but people have developed an exaggerated idea of how much their homes will appreciate in value.

Compared to, say, stocks, real estate is relatively illiquid, meaning that you can't easily buy it and sell it whenever you want; finding a buyer can take a long time. That can be dangerous for homeowners when housing prices take a sudden dive.

Properties also need to be maintained, whether the owner rents it out or lives in it themselves, which can be incredibly expensive: On average, these costs are between 1 and 4% of the home's annual value each year, an extra expense that young homeowners should not forget.

"If it's a home you purchase ... you have a mortgage plus any taxes, plus any insurance that you have to play yearly," said Alexa von Tobel, a certified financial planner and founder of LearnVest, a financial planning and services company. "When you step back and look at that, most people tend to overspend."

There's a big difference between thinking of your primary residence as a "real estate investment," and actually being a real estate investor who buys and sells investment properties, which can be quite lucrative if you have the necessary capital to get started — provided you know what you're doing.

Over the last 100 years, the price of land has risen by an average of about 1% per year. By contrast, the S&P 500, which tracks the stock prices of major U.S. companies, has grown about 10% per year.

As Shiller has explained, there's a pretty simple reason for this discrepancy: As technology gets better, we get better at squeezing more out of our land. Take fertilizer for example: As the technology behind it gets more developed, farmers can grow more crops in the same amount of space.

Alas, that's not necessarily good for land prices: "The effects of this revolution are complicated. One might think that progress that improves yield per acre would put upward pressure on land prices. But that is not necessarily so, if it occurs globally and prevents food price increases that would otherwise earn farmers more revenue," Shiller wrote.

Now, you might feel differently if you are thinking of buying a home in a coastal city like San Francisco, New York City or Miami, where housing prices have skyrocketed in recent years.

But be cautioned that these cities might be in the midst of a bubble: In San Francisco, for instance, the tech boom has created hundreds of thousands of new jobs over the last half-decade — as a result, Silicon Valley now has too little housing to accommodate everyone looking to relocate there. So it's easy to argue that inflated home prices are due for a dive, if hiring cools.

Now, if you are thinking of buying a home, there are plenty of good reasons to do so — not the least of which being that homeownership is generally cheaper then renting. The key is recognizing that the purchase is more of a consumption choice (like buying a car), than an "investment," which better describes how one should think of their retirement account.