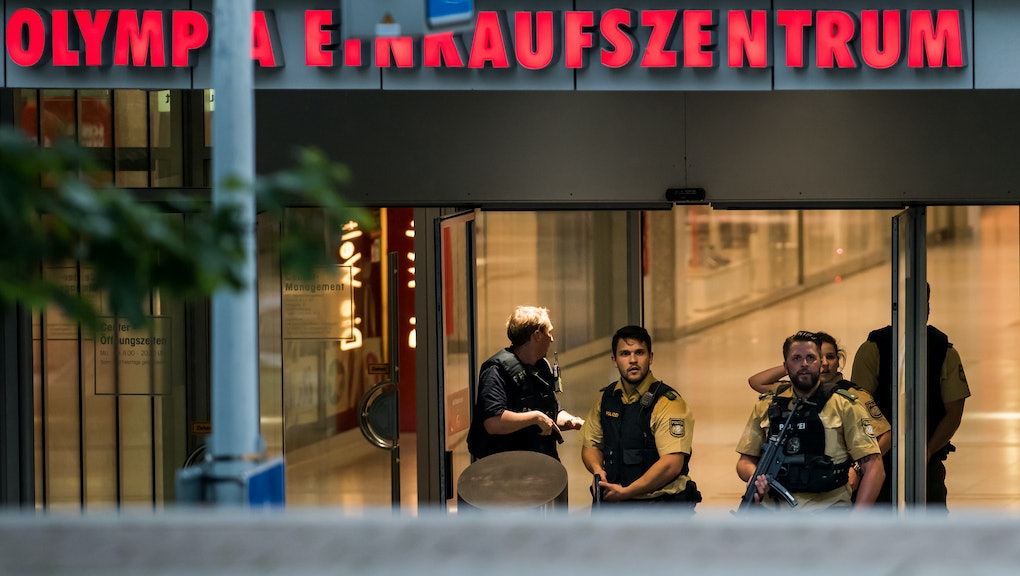 Was the Munich Shooting Terrorism? Latest Details on Shopping Mall Attack in Germany

Multiple people are reported dead after a shooter opened fire at a McDonald's in the Olympia mall in Munich on Friday, Reuters reported. Munich police announced in a tweet that the sole shooter was found dead of a self-inflicted gun wound.

Munich police raised the death toll to at least 10 people dead, including the gunman. Officials said 16 others were injured in the shooting.

The Munich police chief identified the attack suspect as 18-year-old German-Iranian Ali Sonboly, according to the Associated Press.

"The motives for this abhorrent act have not yet been completely clarified — we still have contradictory clues," Frank-Walter Steinmeier, the German foreign minister, said in a statement on Friday, according to Reuters. On Saturday, the Associated Press reported that German officials who searched the home of the attacker found "no evidence that he was linked to extremist groups such as the Islamic State," but found "a considerable amount of literature about mass killings," among them a book about attacks committed by students.

"The perpetrator was obviously obsessed with the issue," Hubertus Andrae, Munich's Chief of police, said.