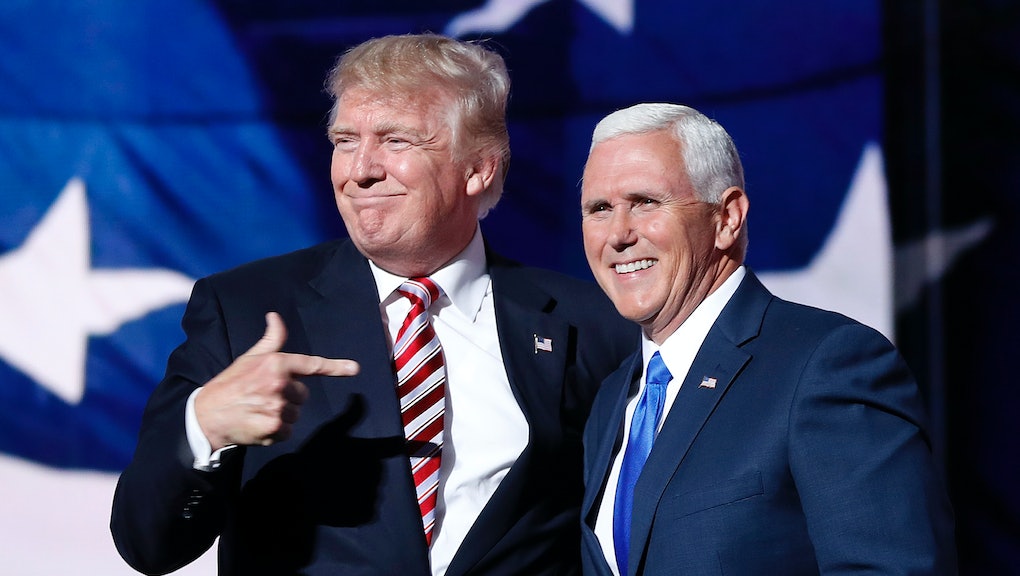 Mike Pence Doesn't Understand How Condoms Work — Or How Sex Works, For That Matter

Back in 2002, Pence publicly responded to advice dished out in an MTV forum about safe sex, including statements about HIV by then-Secretary of State Colin Powell, by saying "condoms are a very, very poor protection against sexually transmitted diseases." He even said contraception is "too modern" and "liberal" for his taste.

Of course, Pence is wrong. According to the AIDS Foundation of Chicago, condoms are "98-99% effective in preventing HIV transmission." Even for viruses that are spread through skin-to-skin contact, like herpes, the Centers for Disease Control and Prevention state that "consistent and correct use of the male latex condom reduces the risk of sexually transmitted disease."

"I long for the day that Roe v. Wade is sent to the ash heap of history," Pence said in 2011 while addressing Congress. "Let's end taxpayer support for abortion providers, specifically Planned Parenthood, once and for all." God help us all.