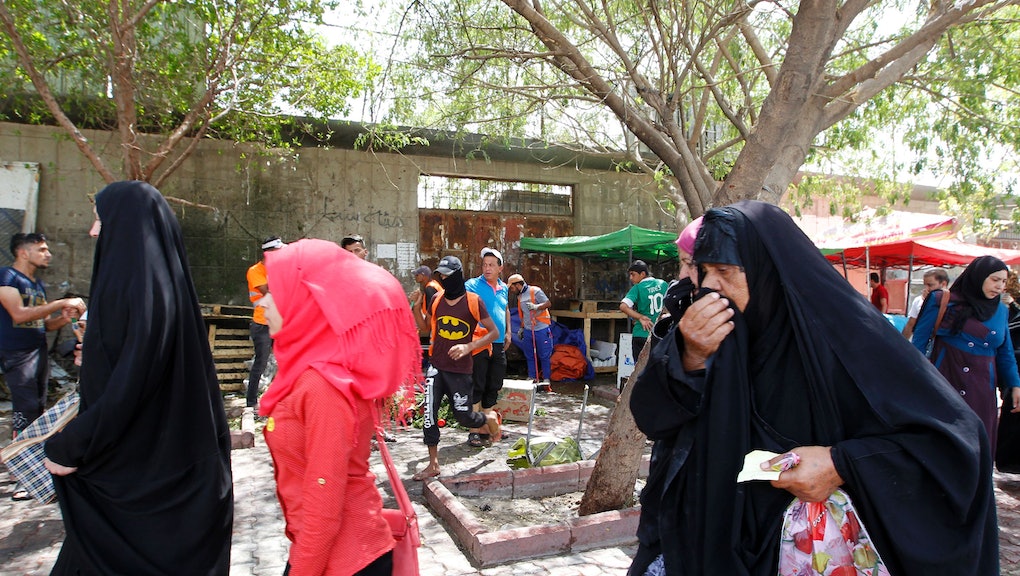 An attack on a security checkpoint in Baghdad by a suicide bomber left at least 14 people dead on Sunday, Iraqi officials told the Associated Press.

In an online statement, ISIS militants immediately claimed responsibility for the actions of the suicide bomber, who attacked an area near the entrance to Kadhimiyah, a busy, predominantly Shiite district, on foot.

At least 10 civilians and four police officers were killed in the attack, according to officials at the scene who spoke on the condition of anonymity.

The attacks come fresh on the heels of a suicide truck bomb explosion that killed nearly 300 people during Ramadan celebrations in the Iraqi capital just weeks earlier — the deadliest attack on the area in recent memory.

As the radical Islamic faction has suffered key territory losses in Iraq and Syria as the result of a targeted airstrike strategy, it has continued to lash out domestically and abroad. Still, many believe that the U.S.-led coalition responsible for squeezing the group is succeeding in weakening it — and that its momentum has slowed to a crawl.