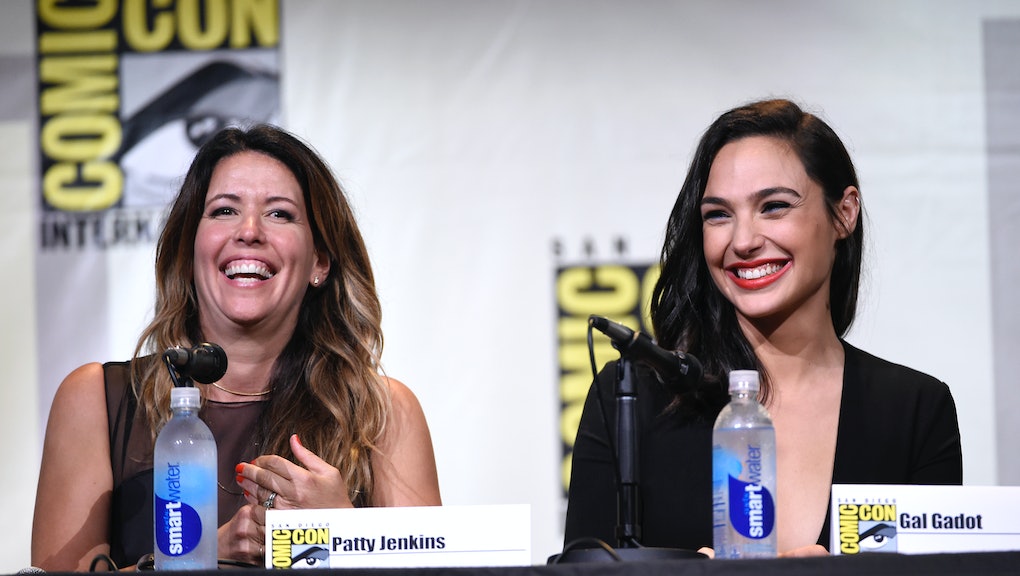 A new trailer for "Wonder Woman," the badass, female-led superhero flick set for release in the summer of 2017, debuted at Comic Con this weekend, and fans lost their minds.

It's no wonder — between the snappy, feminist zingers flying around and all of the gratuitous sword, whip and bow and arrow usage by the film's star, Gal Godot, the movie looks poised to shatter any stigma that still surrounds female-driven action movies.

But in addition to all of the ass-kicking happening onscreen, there's some serious magic happening behind the camera lens as well: Patty Jenkins is directing the movie, and it's a huge deal.

Jenkins was the mastermind behind the camera for 2004's "Monster", which helped vault Charlize Theron towards her first and only Academy Award win.

And in addition to an already storied and illustrious career as a director, Jenkins has maintained an aspirational, take-no-prisoners attitude when it comes to this movie in particular, dropping woke knowledge on every interviewer she meets along the press junket for "Wonder Woman".

"The first meeting I had with Warner Bros. after Monster, they were like, 'Great what do you want to do?' And I was like, 'I want to do Wonder Woman,'" Jenkins said during a Comic Con panel. "There was a period of time where people were scared to make a female superhero movie, and a Wonder Woman movie in particular. There was an apologist attitude about how do we make her super hard and impressive? And I said, you have to make her universal."

She added: "Why do white men get to be universal and everyone else has to be a smaller story?"

As if this wasn't enough to get any casual fan pumped up, those with an even more scrupulous eye on the glass ceiling female directors are faced with in Hollywood should take heart as well: Jenkins is joining a very elite club of women to helm projects with budgets in excess of $100 million — in fact, according to Indiewire, there are only two other names on the list.

The movie is currently scheduled for a June 2017 release, so although we'll have to wait a year for Jenkins and company to dismantle the superhero patriarchy, in the meantime we have Godot serving attitude to Chris Pine in the trailer to tide us over.