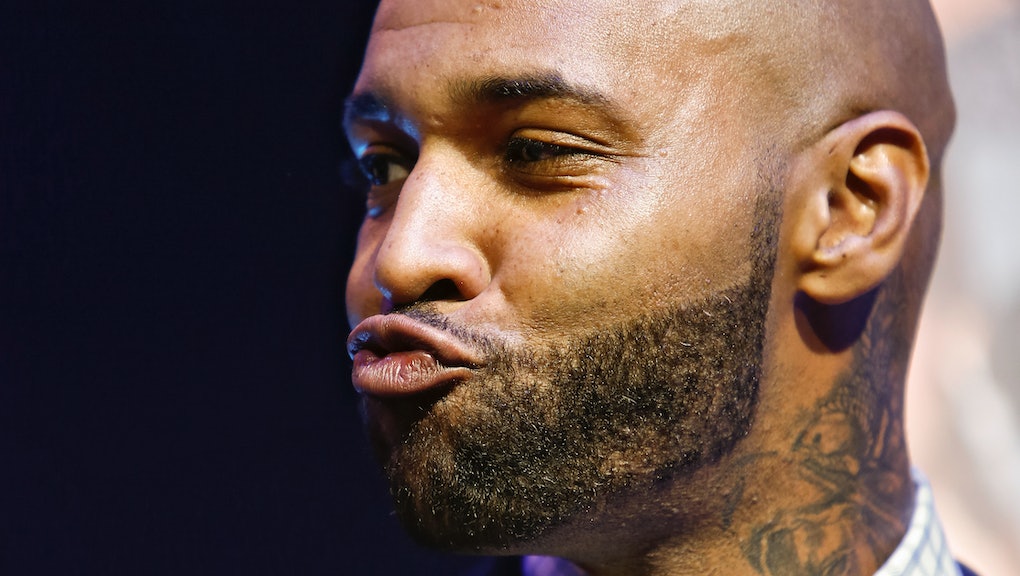 After Budden cut four diss tracks trying to reignite hip-hop's competitive spirit in Drake — to a murmur of a response — the 6 God's fans have started to act out on his behalf. A group of said fans attempted to film themselves rolling up to harass Budden outside his home. They got way more than they bargained for.

After the hooligans repeatedly mocked Budden's music, shouting out the name of Drake's record label, Budden reached the limits of his temper and attempted to chase them down. He ran down the street after them like the Terminator chasing down John Connor.

Eventually, Budden went as far as to hop into a car and caught up to the kids, banging on their car with a handful of rocks. "Come on this block again and I'm going to hurt one of you niggas," Budden warned. "This is not the internet. I will kill one of you."

Of course, the internet was quick to flip the two clips into every pop culture reference imaginable — T2 included.

Nobody looks good in this situation. It's embarrassing for all parties involved, perhaps most of all for the trolls, who continued to galavant around Twitter Sunday, acting like stalking individuals outside of their homes is all fun and games. Apparently, the little nuggets have been trying to use their "prank" as a springboard to launch their own rap careers.

Sunday, Charlamagne tha God tweeted out that one of the kids reached out trying to "promote his music," before tweeting that he wished Budden could have disciplined them properly.

As for Budden himself, he took the situation lightheartedly, having fun with the memes, but stressing how dangerous it is to simply run up and surprise strangers at their homes.

It's all further proof that no mortals should try to take rap beef into their own hands. Let them stay on wax.