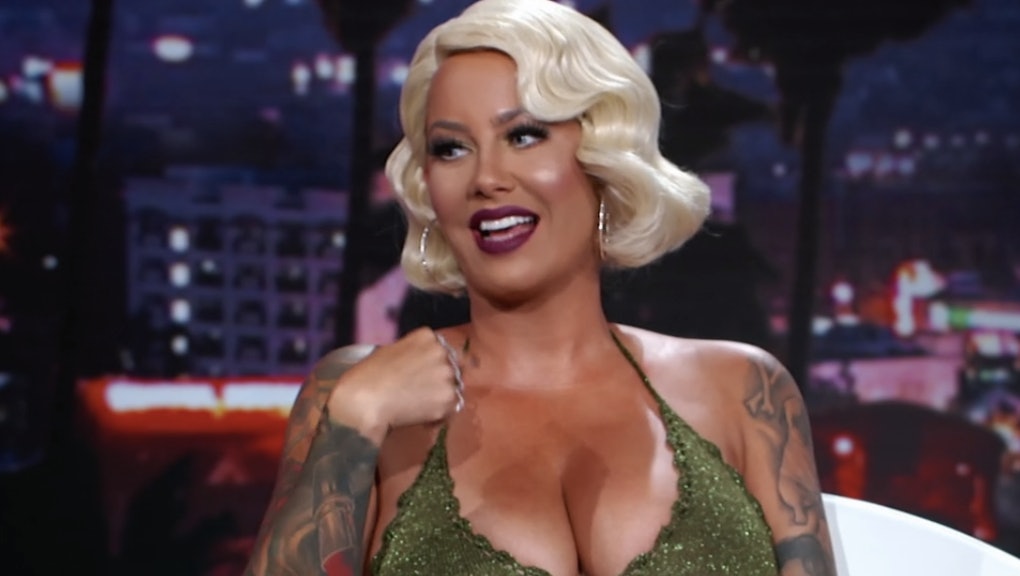 There is perhaps no sex position as divisive as the 69. Some people consider it to be a perfect slice of sexual heaven; others believe that 69-ing is a torture act designed for the sole purpose of ruining oral sex for everyone involved.

And some are just worried about having a nose near their ass.

On a recent episode of the Amber Rose Show, one such person wanted to #AskMuva for some advice on how to deal with such insecurities.

"Do you have any advice on how to make 69-ing less awkward?" the audience member asked. "My boyfriend's really into it, but I just can't do, like, the whole his-nose-in-my-butt thing."

To which Rose replied: "Okay. Guys don't give a fuck, I'll be honest with you. They don't care!"

Rose's resident sexpert Chris Donaghue added that, much like playing a musical instrument and/or becoming a chef, 69-ing gets easier with practice.

To which Rose replied: "He ain't worried about your ass. He loves your ass."

One tip that both Rose and Donaghue forgot to mention: Don't forget to shower extra thoroughly and avoid Chipotle on the day of any given ass-inclusive sexcapades!

You can watch the full episode of the Amber Rose Show at VH1.com.