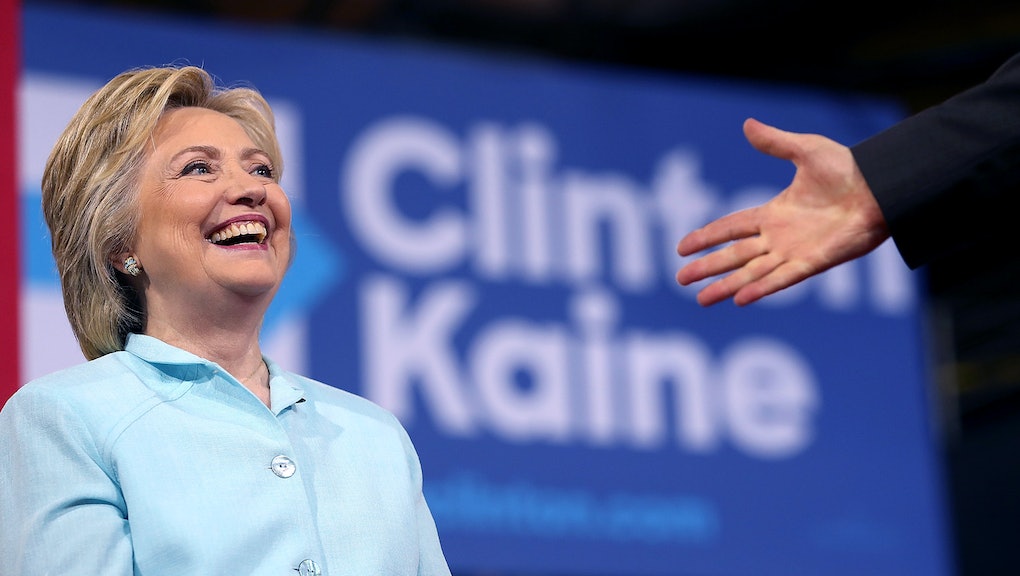 DNC 2016: The 3 Groups of Voters Hillary Clinton Must Win Over This Week

After the Republican National Convention, nominee Donald Trump's support saw what looked like a spike. And even though the results weren't nearly as condemning as the polls made them appear, it set a precedent: This is now a much closer race than anyone would've expected a year ago.

Vehement Bernie Sanders supporters might not realize their distaste for Hillary Clinton could push Donald Trump to a November victory.

God love 'em for their sheer force of will, but anyone who feels the Bern could actually be doing their own party a disservice by protesting Clinton after Sanders himself endorsed her. As recently as this week, during the DNC, Sanders supporters turned out to show their dedication.

If Democratic voters turn their backs on Clinton and Kaine during the election in November, it could leave the door open for a Trump presidency.

Even though Clinton called running mate Tim Kaine "a progressive who likes to get things done," and President Obama called him "a true progressive," Kaine still might not be enough to help clinch the progressive vote.

Even without Kaine, Clinton faces skepticism from progressives who consider her the candidate of Wall Street and the fossil fuel industry. In fact, Clinton might need to rely on fear of a Trump presidency to get the progressive vote at all.

Even though Clinton beat Sanders in the D.C. primary back in June, she was trounced in the millennial vote.

A 2016 poll from the Center for Information and Research on Civic Learning and Engagement predicted Clinton would claim 766,425 youth votes in the primary. Sanders' count: over 2 million.

Back in April, Sanders beat Clinton in New York by a 30-point margin for voters under 30 — alarming for Clinton, since roughly a quarter of Sanders supporters said they wouldn't vote for Clinton come November. That's a hell of a lot of votes down the drain if those voters don't change their minds.

Considering Clinton's reception from young people so far, that mountain might be a hard climb.