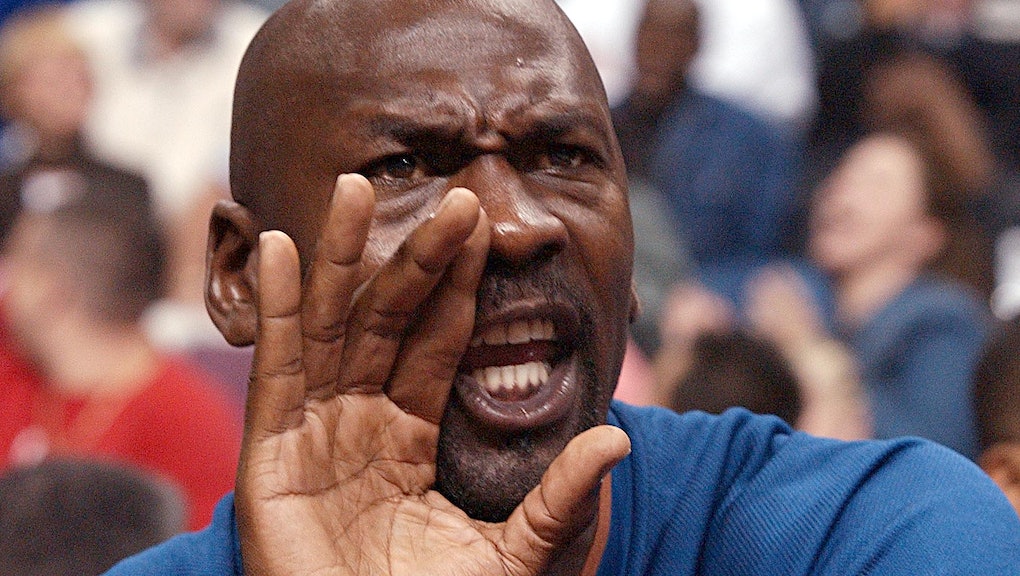 Michael Jordan Speaks Out About Police Violence, Then Donates $1 Million to Police Group

Michael Jordan — the notoriously apolitical NBA legend and owner of the Charlotte Hornets franchise — spoke out about recent police killings Monday in a post for ESPN's The Undefeated.

"I have been deeply troubled by the deaths of African Americans at the hands of law enforcement and angered by the cowardly and hateful targeting and killing of police officers," Jordan wrote. "I grieve with the families who have lost loved ones, as I know their pain all too well."

Jordan then announced he would donate $1 million to programs run by the International Association of Chiefs of Police — a law enforcement advocacy group that, among other troubling positions, opposes the demilitarization of police departments, wants to continue the United States' failed "war on drugs" and opposes rollbacks on civil asset forfeiture, a policy that lets police officers take, keep and sell property from people they allege — but don't have to prove — are involved in crimes.

"Although I know these contributions alone are not enough to solve the problem," he wrote, "I hope the resources will help both organizations make a positive difference."

In many ways, this is like funding two opposing sides of the same fight. While the LDF and IACP both support researching and eliminating biased policing, they diverge on key issues. The LDF — which has thanked Jordan for his donation — has clearly stated it wants to demilitarize police departments, for example. The debate gained national attention in 2014, when police officers in Ferguson, Missouri, attacked protesters using vehicles and weaponry provided to them through a Pentagon program — 1033 — that lets local police departments receive excess military equipment from the federal government.

The IACP, on the other hand, wishes to continue the program without restrictions.

"The IACP opposes any legislation that would limit or restrict the type of equipment that is able to be transferred to law enforcement agencies," the organization wrote in its most recent legislative agenda.

"The IACP opposes any legislation that would limit or restrict the type of equipment that is able to be transferred to law enforcement agencies." — From the International Association of Chiefs of Police legislative agenda, Jan. 2015 - Jan. 2017

The IACP also opposes the legalization of marijuana; opposes restrictions on civil asset forfeiture, which has been exposed, routinely, as a system of legalized theft; and wants to help ICE — or the Immigration and Customs Enforcement — get more funding, so that its agents can cooperate more seamlessly with local police departments in rounding up and deporting immigrants.

These positions, along with others outlined in the IACP's legislative agenda, clash violently with what many advocates agree are the best and smartest solutions to policing's major deficiencies — including many of those outlined in Mic's 2015 post "15 Things Your City Can Do Right Now to End Police Brutality."

Michael Jordan has rarely been involved in politics. If reports are to be believed, he once declined to publicly endorse a black Democratic congressional candidate, Harvey Gantt, because "Republicans buy sneakers, too." In this light, it's a major step for him to weigh in on such a hot-button political issue — and to put his money behind it. But he may have also just become part of the problem.