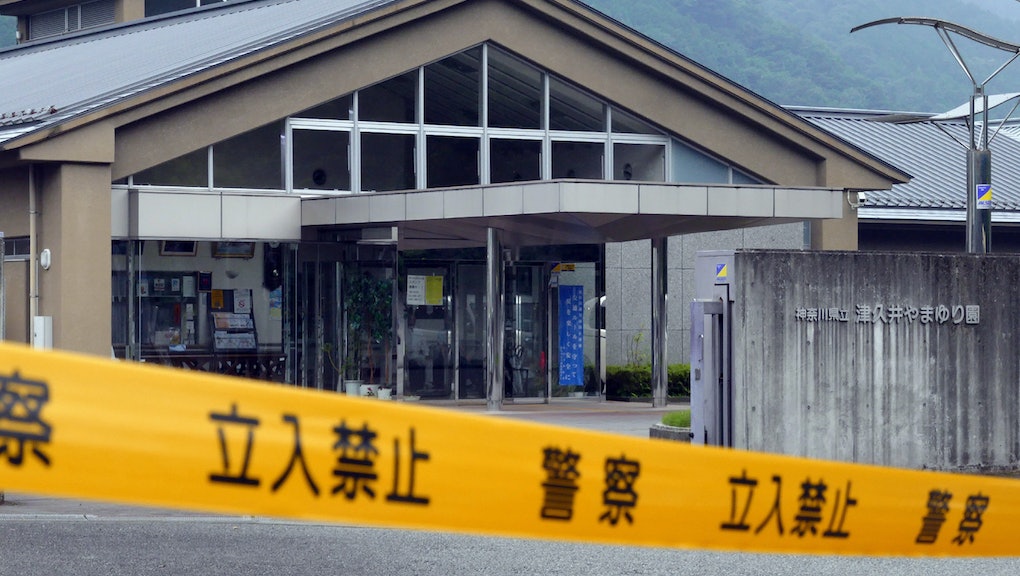 Japan Knife Attack: At Least 19 Reported Dead and 26 Injured After Rampage Outside Tokyo

At least 19 people are dead and 26 injured following a knife attack on a facility for people with disabilities in the city of Sagamihara, Japan, in the Kanagawa Prefecture west of Tokyo, multiple news agencies reported on Monday.

According to Japanese broadcaster NHK World, authorities received a call from an employee at the Tsukui Yamayuri-En, or Tsukui Lily Garden, facility on Tuesday night around 2:30 a.m. local time.

Few other details of the attack were immediately available, though NHK World did report a man "in his 20s" turned himself into authorities identifying himself as the killer and saying he used to work at the facility.

The reported death toll has been in question, with Japanese authorities confirming 15 dead with four others in cardiac arrest; the local Kyodo news agency reported 19 deaths. According to the Guardian, these numbers put the attack among the deadliest on Japanese soil since World War II.