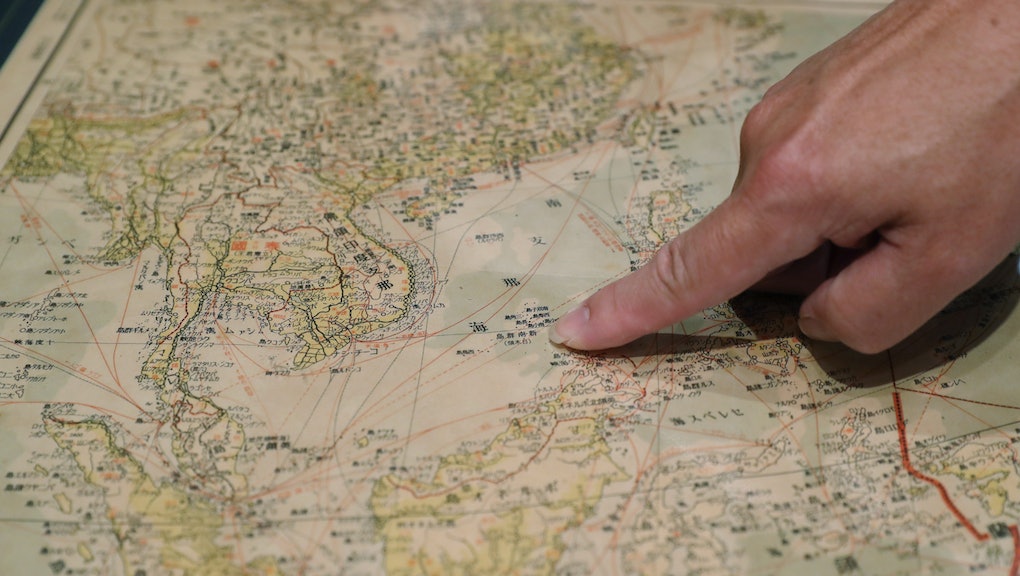 Divers, rejoice: The world's deepest sinkhole was confirmed in the South China Sea.

According to the Chinese news agency Xinhua, the sinkhole — also called a blue hole for its deep blue color compared to the shallow waters around it — is 426 feet wide and drops roughly 987 feet below sea level. It beat the previous record-holder, Dean's Blue Hole, by over 300 feet of depth. Sometimes called the "eye" of the South China Sea, the hole has been officially named the Sansha Yongle Blue Hole by the Sansha city government.

But it's better known as "Longdong," or "Dragon Hole." Which is an appropriate name for something that's basically an underwater cave.

For the sake of scale, one of explorer Jacques Cousteau's favorite diving spots was a blue hole called the Great Blue Hole in Belize. The great hole was about 410 feet deep. You could fit two of Cousteau's holes into Longdong.

Researchers started exploring Longdong last August, and in the last 11 months have discovered over 20 fish species in the hole's highest waters. Which is probably the only place they'll find life, since, according to Xinhua, the water is oxygen-less below about 330 feet.

But still, researchers are going to try: According to Xinhua, researchers want to spend the next five years studying the Sansha Yongle — and in doing so, protect what could be the next great site of underwater discovery.