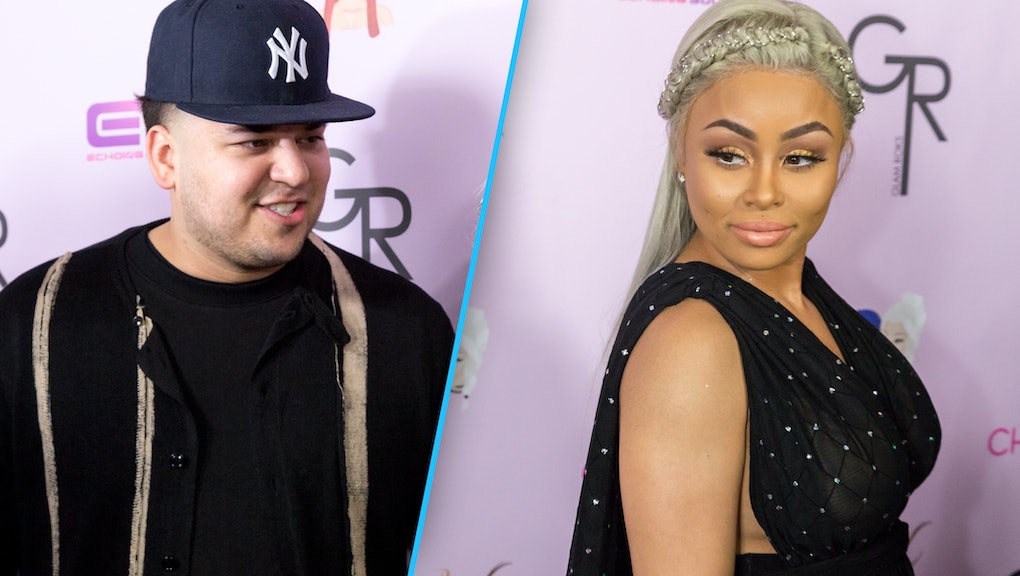 Why Did Rob Kardashian Unfollow Blac Chyna on Instagram, Anyway?

The last time you got into a fight with your significant other, what did you do to release your anger? Slam a door? Send a bitchy text? Maybe raise your voice a little?

While not always cute, these are all at least somewhat understandable behaviors when in the throes of a relationship dispute. Unfollowing your fiancée on Instagram and erasing all traces of her existence from your timeline, however, is neither cute nor understandable.

Yet that's exactly what Rob Kardashian seems to have done to Blac Chyna after a fight Monday!

While initial reports speculated that Kardashian unfollowing Blac Chyna and deleting photos of her may have been a sign the couple had broken up, sources have since confirmed to People and E! that the sketchy social media activity is just the result of a tantrum Kardashian threw after a recent disagreement.

"Rob and her have been getting into little tiffs and Blac Chyna flipped on Rob," one tipster told E!, the network that will air the couple's forthcoming reality show. "He was so pissed at how she spoke to him, so he deleted everything about her to hurt her."

This is undoubtedly an overreaction! Everybody knows that unfollowing and deleting are activities reserved for the aftermath of an acrimonious breakup — not the aftermath of a "little tiff" with a pregnant fiancée.

The question is: Is all of this staged so as to make their show more interesting when it finally debuts later this year? Probably. But still: Not cute, Rob.