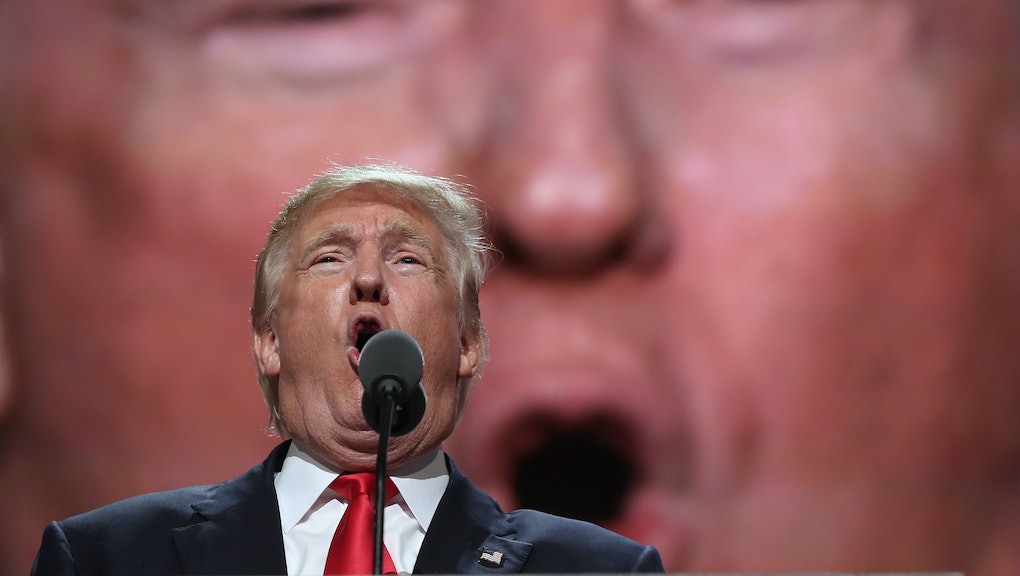 Donald Trump is not a champion in the eyes of Queen. Last Monday, on the first day of the Republican National Convention, the band watched as presidential nominee Donald Trump walked out to their song "We Are the Champions" to introduce his wife for her speech. That night, the baroque rock band lashed out in a statement, saying they were "frustrated by the repeated unauthorized use" of their song, which could suggest to the casual listener the band endorses Donald Trump and his party's politics (They don't).

It's not the first time a band has had to take this stand, and it won't be last.

Throughout the RNC, a plethora of artists have come forward condemning the unauthorized use of their songs. It's continued into this week. Monday, the GOP's White House pick Donald Trump was asked by the producer of the 1997 movie Air Force One, Gail Katz, to stop using the film's score by late composer Jerry Goldsmith, writing in a letter that the soundtrack "was hijacked" — a great pun, which was likely intended — "in a misguided attempt to associate Trump with the film and the president in that film."

So, are these obvious affronts to musicians legal? Is there a way to stop these charades? Unfortunately, the answers aren't entirely black and white.

In the case of the RNC, as Billboard reported, the GOP had reportedly acquired a blanket license from the Broadcast Music Inc., a performing rights organization that collects licensing fees for artists to later distribute as royalties. This allows the Republican party to play virtually any work within the organization's catalog — Queen included. Once a song is part of the BMI, the permissions are handled by that organization, not the artist. And because the BMI must adhere to anti-trust legislation, as Vox reports, the organization cannot discriminate as to who can or can't use the song, or respect an artist's requests to do so.

So Trump's introduction to the tune of Queen's "We Are the Champions" is likely legal, despite its being used to support a party who has historically had blatant disregard for LGBTQ rights. If all artists owned and controlled their own copyrights, this would be a different conversation.

Additionally, in cases where the song is performed as a cover in a public venue — like the Rolling Stones' "You Can't Always Get what You Want" and George Harrison's "Here Comes the Sun," which were played by the RNC's house band — license holders can skirt other laws that limit the public performances of pre-1972 sound recordings.

Repeatedly using artists' creations against their wills in a political arena exemplifies much more than just royalties or licensing concerns: A politician's disregard for the wishes of the people whose resources they're using speaks volumes about what kind of leader they could be. Americans will see come November whether the bad publicity these scores of disgruntled classic rock artists have rained on Trump has any sway over voters' minds.