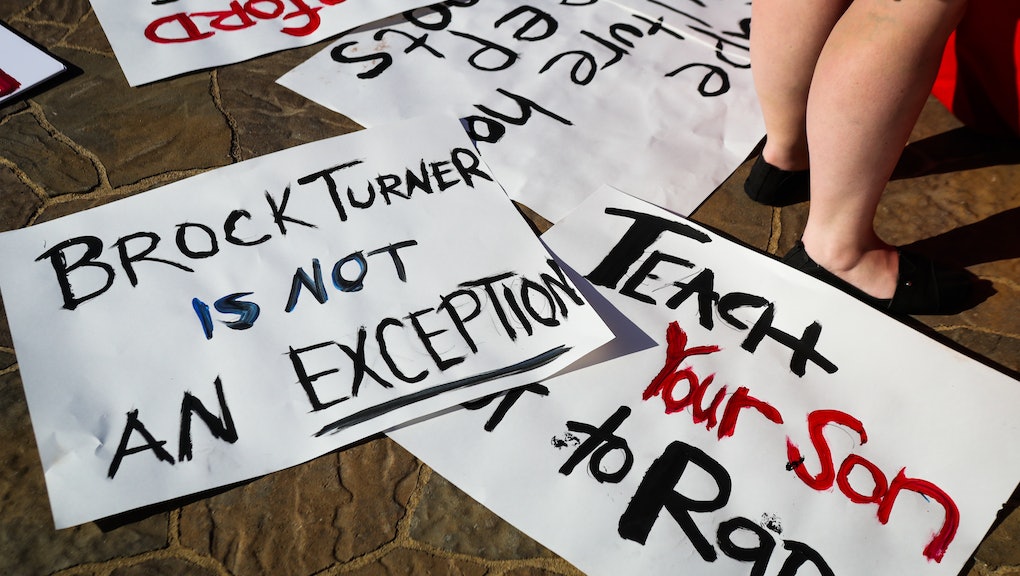 4 Women Accused a Utah State Student of Sexual Assault, And Absolutely Nothing Happened

It's well-known that sexual assault is all too common on college campuses. According to the National Sexual Violence Resource Center, one in five female college students is sexually assaulted before graduation. But the infuriating truth is that even when students come forward and report sexual assault on campus, sometimes the powers that be choose to do nothing at all.

The Salt Lake Tribune reports that four women have filed separate police reports describing sexual assault by the same male Utah State University student. Although three of the women were USU students who also reported the incidents to their school, the Tribune reported, "the university never fully investigated the allegations or sanctioned the student."

According to Title IX, the federal law that requires schools to take action if there's a potential threat to student safety, once the school hears the alleged perpetrator is a repeat offender, the administration has a legal obligation to promptly "investigate the allegation of sexual violence" and communicate with local police regardless of whether or not a criminal investigation led to charges. But the Tribune report suggests that, although the school made a brief inquiry into at least one student claim, no such communication or prioritization took place.

By now the alleged perpetrator (who remains anonymous) has already graduated from Utah State. Yet several of the women have already left campus because they felt unsafe, according to the Tribune.

The recent case at USU highlights a nationwide problem. According to a survey by the Association of American Universities, many victims don't bother reporting sexual assault to campus authorities because they do "not think anything would be done about it."

Even those who report the sexual crimes rarely see their assailants brought to justice. The Rape, Abuse & Incest National Network estimated that only 63 out of every 1000 reported rape cases actually lead to an arrest. Students at nearby Brigham Young University even told Mic they were subject to disciplinary investigation for reporting sexual assault.

There's little data about how many campus assailants are investigated and disciplined, in part because academia has barely started acknowledging the campus sexual assault issue in the first place.

In 2014, The Washington Post reported that hundreds of colleges across the country reported zero rape cases on campus in the past year. Even though many universities reported instances of sexual assault in 2015, the dozens of cases they officially tallied fell short of estimates recorded by the National Institute of Justice, which suggested a conservative average of 300 sexual assaults per campus with 10,000 female students.

Across the country, many victims are turning online to out perpetrators and protect fellow students when school administrators fail to act, indicating there's still a long way to go until Title IX is worth more than the paper it's printed on in student handbooks.