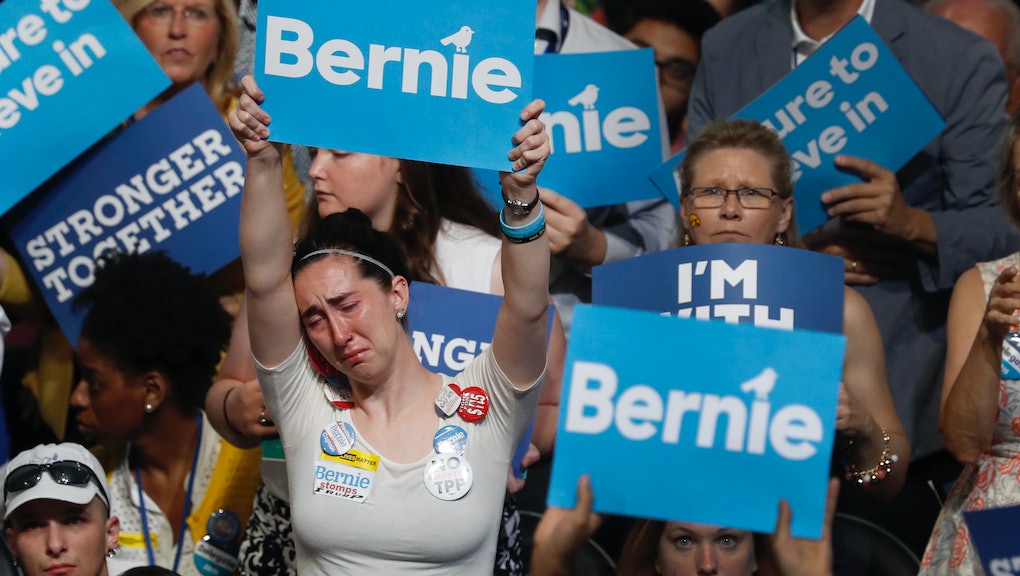 What Are People Chanting at the DNC? What Sanders Supporters and Others Are Saying

And it's not pretty.

Their carrying on even provoked actress and comedian Sarah Silverman to say bluntly during her Democratic National Convention speech on Monday, "Can I just say, to the 'Bernie or Bust' people — you're being ridiculous."

Still, the chants of "Bernie" persisted, and even Sanders' own plea for his supporters to refrain from protest on the DNC floor as a "personal courtesy" couldn't stop them. Here are some of the other unstoppable heckles you may have heard from the "Bernie or Bust" camp:

Sanders supporters chanted "We trusted you!" during Massachusetts Sen. Elizabeth Warren's endorsement of Clinton on the convention stage Monday night.

The night leading up to the DNC's kickoff, Clinton spokesman Brian Fallon's interview on MSNBC was interrupted by Sanders supporters calling to "lock up" Clinton, presumably for her use of a private email server during her time as secretary of state.

Their cries for criminal prosecution echo those of Republicans', albeit less extreme than Donald Trump adviser Al Baldasaro, who said on Wednesday, "Anyone that commits treason should be shot. I believe Hillary Clinton committed treason."

Trump condemned the deal, which President Barack Obama signed in February, calling it a "disaster" motivated by "special interests who want to rape our country."