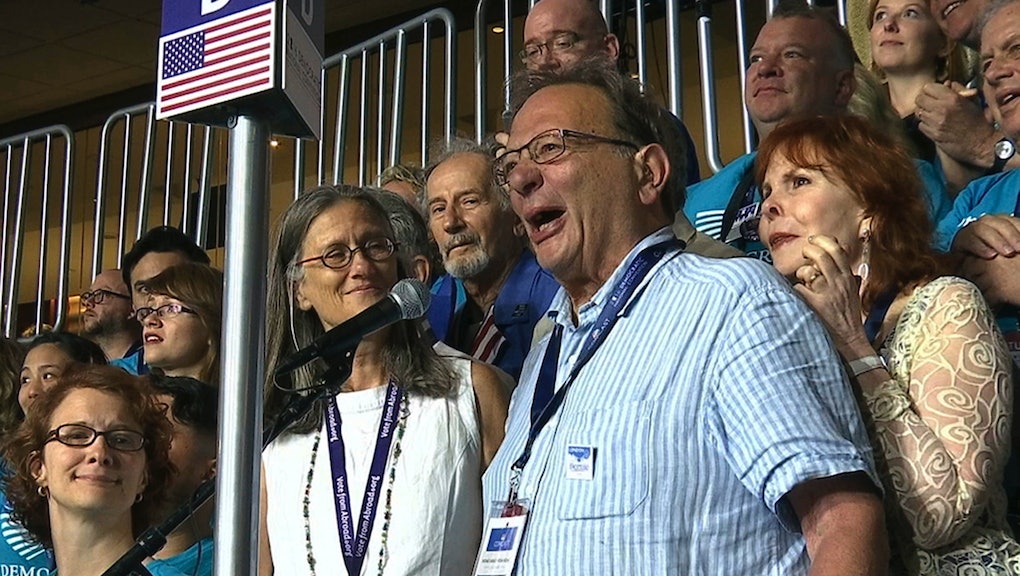 Bernie Sanders Tears Up at the 2016 DNC as Brother, Larry, Casts the Expat Delegate Vote

The 2016 Democratic National Convention in Philadelphia has a predetermined fate: the nomination of former Secretary of State Hillary Clinton as the Democratic candidate for the presidency.

But on Tuesday, Clinton's strongest primary opponent, Vermont Sen. Bernie Sanders, saw what might be one of his last moments of intimacy on the presidential campaign trail. Larry Sanders, the Democratic Socialist's older sibling, teared up as he cast the delegate count for expat organization Democrats Abroad for his brother.

"I want to read before this convention the names of our parents: Eli Sanders and Dorothy Glassberg Sanders," Larry Sanders told the convention, according to Politico. "They did not have easy lives and they died young. They would be immensely proud of their son and his accomplishments. They loved him."

He added the Sanders parents "loved the New Deal of Franklin Roosevelt and would be especially proud that Bernard is renewing that vision ... It is with enormous pride that I cast my vote for Bernie Sanders."

Ultimately, Democrats Abroad went for Sanders in the delegate count, 10-7.

Watch the moment below: