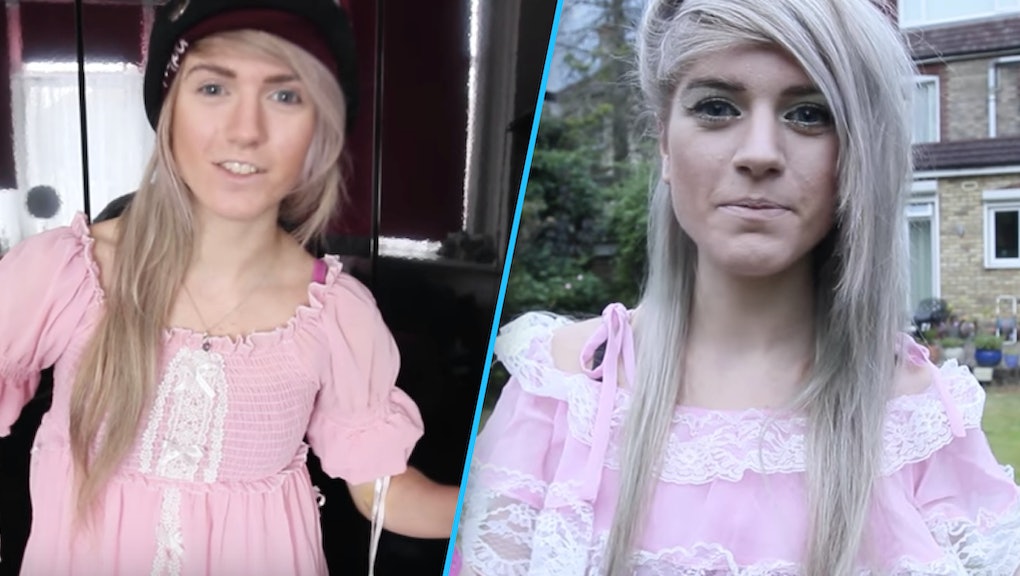 Fans of popular British YouTube vlogger Marina Joyce are concerned for her safety after she posted a bizarre video to her channel Friday, in which she seemingly whispers "help me."

In the video titled "Date Outfit Ideas," Joyce is advertising a clothing company, StyleWe, and appears to be wide-eyed and reading from a script held off camera as she twirls in a pink dress. Fans in the comment section of the video have voiced their concerns for Joyce's well-being, and some believe they hear her say "help me" at :12 into the video.

Despite the worry, Joyce tweeted that she is OK, and authorities tweeted that a welfare check was done and Joyce is "safe and well," but that hasn't stopped fans from freaking out on Twitter. Many have created their own conspiracy theories, believing that Joyce may have been kidnapped, is schizophrenic or on drugs.

Matters weren't helped when Joyce invited fans to a meetup, and another popular YouTuber advised them not to attend, fearing they could be in "danger."

While it's unclear exactly what is going on with Joyce, as of this writing she started a livestream to assure fans everything is OK.