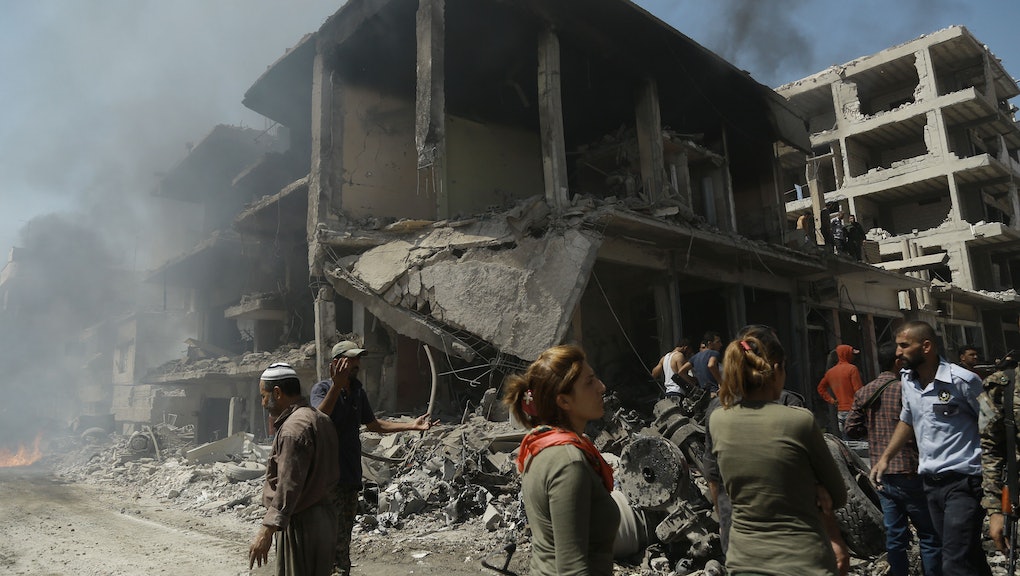 Syria's state-run news agency says 44 people are dead and dozens more are wounded after a bombing in the northern Syrian town of Qamishli on Wednesday, the Associated Press reported.

At least one bombing, set off by a suicide vehicle, hit Kurdish security agency buildings and other administrative buildings, according to CNN.

The Islamic State group, also known as ISIS, claimed responsibility for the attack in statements from the Amaq News agency, the ISIS-affiliated news organization.

Qamishli is a predominantly Kurdish town located near Syria's Turkish border. According to the BBC, ISIS has orchestrated bombings targeted Kurds in this area in the past.