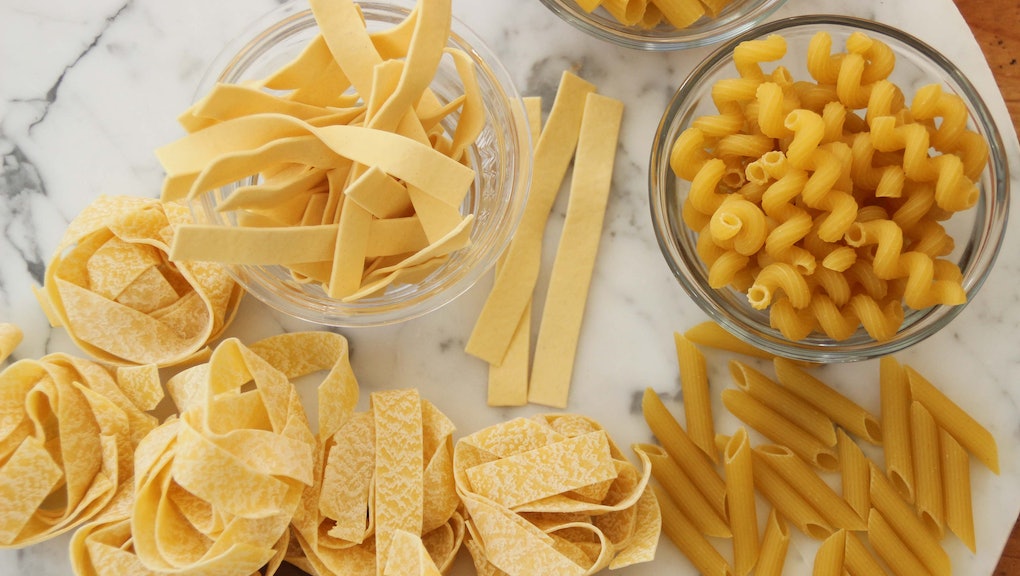 Gluten-free food products have invaded supermarket shelves in the past decade — and they are probably here to stay. An estimated 18 million Americans have non-celiac gluten sensitivity, roughly six times more than the number of Americans that have celiac disease, which is characterized by an immune reaction to gluten. Symptoms include gastrointestinal distress, pain, headaches and other full-body symptoms, and many gluten-sensitive Americans experience the same symptoms.

One major downside to gluten sensitivity? It can be tough to diagnose, an organization called Beyond Celiacs noted, since you can't test for it the way you can test for celiac disease. And a lack of testing means doctors can't determine whether your fad-following friend really needs to lay off the bread and pasta or not.

But soon, doctors may be able to suss out whether someone is gluten sensitive (or not) by looking at one specific part of the body.

The study: Researchers at Columbia University examined 80 people with gluten or wheat sensitivity; 40 people with celiac disease and 40 healthy people. All participants ate a diet that excluded wheat and gluten for six months.

The results: Researchers found there was a notable difference in blood markers between the two groups of participants. In the "healthy people" group, participants had markers of "intestinal cellular damage" in their blood, the study authors wrote. This is notably different from the intestinal cytotoxic T cells that are hallmarks of celiac disease and other diseases like inflammatory bowel disease.

Meanwhile, researchers did not observe these same blood markers in the group with celiac disease.

"The data suggest that, in the future, we may be able to use a combination of biomarkers to identify patients with non-celiac wheat sensitivity, and to monitor their response to treatment," study leader Armin Alaedini, assistant professor of medicine at Columbia University, said in a statement. During the study, researchers were able to decrease cell damage markers in their intestines by not eating gluten and wheat.

In addition, Alaedini said in an email that wheat-sensitive people will have different biomarkers compared to healthy, non-sensitive people, and further research could help determine additional biomarkers. "Once these are properly evaluated and validated, a test will likely be possible in the future," Alaedini said.

Will a medication to help people digest wheat (like lactaid) ever be possible? "I would say yes," Alaedi said, noting that wheat sensitivity differs from lactose intolerance because any amount of wheat can be an issue. (The sensitivity triggers an immune response.) "But the research is being done and there may be an effective medication one day," he said, explaining that medications are in development and some have already undergone clinical trials.

The bottom line: As Mic previously reported, eating gluten-free to lose weight isn't a great idea. But science is finally getting to the bottom of gluten sensitivity. It isn't just a fad, and there may be a way to test for it some day soon.