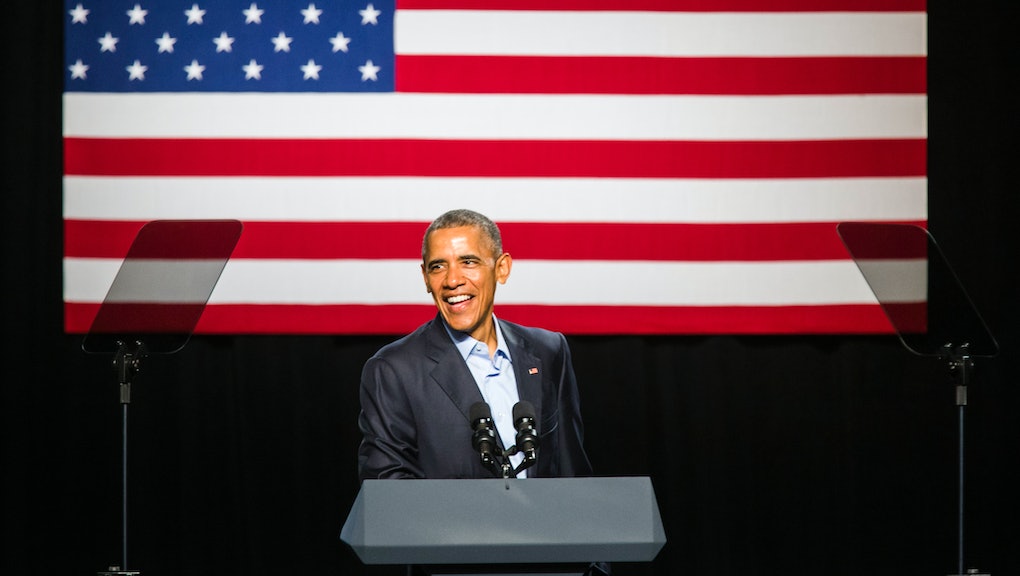 When Will President Barack Obama Speak at the Democratic National Convention?

On Wednesday night, President Barack Obama will take the stage at the Democratic National Convention. It is not yet confirmed at what time he will be speaking, but the schedule suggests that he'll be the last speaker of the night, making his case for Hillary Clinton right after Vice President Joe Biden, so approximately around 11 p.m. Eastern.

The third day of the DNC marks a historic date for the president: Exactly 12 years ago, then an Illinois senator, he gave a keynote address at the DNC in Boston, that put him on the nation's political map. Obama started his speech with, "Tonight is a particular honor for me, because let's face it: My presence on this stage is pretty unlikely."

Only four years later he was elected the first black president of the United States. According to ABC News, Press Secretary Eric Schultz said at Wednesday's White House briefing, that Obama will reflect on his journey since then in his DNC speech.

"I think he will talk about what the country has accomplished together since then," Schulz said. "What the grit, ingenuity and determination of the American people have achieved over the last eight years."

Four years ago Bill Clinton made the most important case for Obama's reelection. Michelle Obama's highly acclaimed speech from Monday already returned that favor to the Clintons.