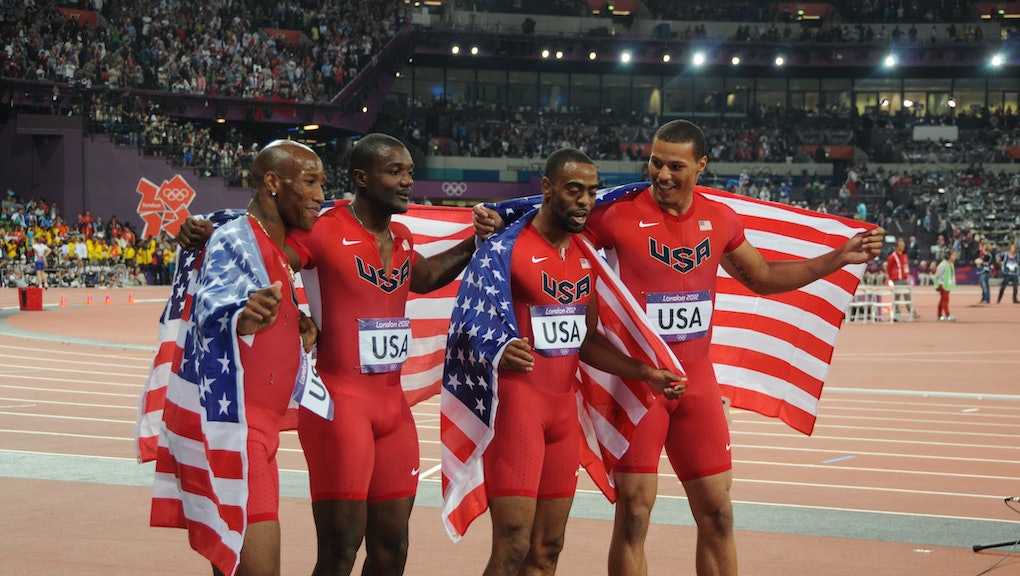 The 2016 Olympic Games are set to start Friday in Rio de Janeiro. Many viewers will witness the moments only the Olympics can provide, the ones that live on forever. For many, and if only for a short while, the Games seem to transcend the world's turmoil, or at least spark semblances of hope by momentarily masking its divisiveness. Those are the moments history remembers, the ones that bring people together.

What follows is a list of eight – a starter set, if you will – cut from the many, many great moments in Olympic history.

Owens' historic dominance at the 1936 Games in Berlin – he captured four gold medals, set two world records and matched another – came in stark defiance of the fascist philosophies German Chancellor Adolf Hitler hoped the games would showcase to the world. Instead, Owens — a black man from Alabama — won gold in the 100 meters, 200 meters, long jump, and 4x100 relay, winning the final gold in substitution of two Jewish teammates, according to the New York Times.

But while his success foiled a certain fascist agenda, it didn't translate to immediate progress in his own country. Upon his return to the United States, Owens faced discrimination and segregation for much more of his life, according to ESPN.com.

The 28-year-old unknown Ethiopian shocked the world in 1960 by winning the Olympic marathon, running the entire race without shoes. Bikila's success fascinated the global audience. He won again four years later in Tokyo – this time with shoes, according to the Olympics – and in the process paved the way for the dominance the region enjoys in the event to this day.

Olympic sprinters Tommie Smith and John Carlos were not heralded in their home country following the 1968 Games. They received death threats and were suspended from the national team, according to TIME, for saluting with their heads down and lone fists in the air. The Black Power movement had stemmed from the inequality and segregation that had divided America for hundreds of years, and Smith and Carlos were the new athletic faces of it. "We knew that what we were going to do was far greater than any athletic feat," Carlos said then, according to TIME. And it was. Their statement drew widespread attention to the disillusionment and struggle facing black people in America at the time, and still personifies courage today.

Known for her meteoric rise from bank clerk to world record holder, as well as her flamboyant outfits, Joyner set the world records in the 100 and 200-meter events. Her trademark long, white-painted fingernails and historic success turned her into a feminist icon.

The first American Olympic team to feature NBA players steamrolled the competition in Barcelona, beating its opponents by an average of 44 points, and is still considered by many the best basketball team ever assembled, according to Reader's Digest. But the Dream Team's success meant even more for basketball as a sport, for it finally showcased to the world the beauty and grace attainable when the game is played at its highest level. Less than three decades later, basketball is the most global game, behind only soccer, and the most popular American game overseas.

One of the most unifying moments in the Game's history came this year in Barcelona. With South Africa reinstated to the Olympics after a 32-year ban because of Apartheid, white South African sprinter Elana Meyer joined Kenyan winner Derartu Tulu on the ceremonial victory lap. The runners, one black, one white, held hands while holding their respective flags, according to Bleacher Report, resulting in a moment of inclusivity and sportsmanship only the Olympics can provide.

Peace is still peace, despite how long it lasts. That's what this moment from the 2000 Games in Sydney provided when representatives from communist North Korea and capitalist South Korea marched together in the Parade of Nations. The long-feuding countries – who mirrored a similar act pioneered by East and West Germany in 1956, according to Bleacher Report – only grew further apart in the coming decades. But standing in solidarity on the world stage, if only for a moment, speaks to the heart of the Olympic message.

We'd be remiss if we didn't include the most dominant performance in the history of the games – Michael Phelps' poolside record purge in 2008. Phelps claimed eight gold medals, the most ever in a single Olympics, breaking Mark Spitz' previous record. Phelps' 18 career gold medals are the most ever, leading many to consider him the greatest Olympian of all-time, according to ABC News.