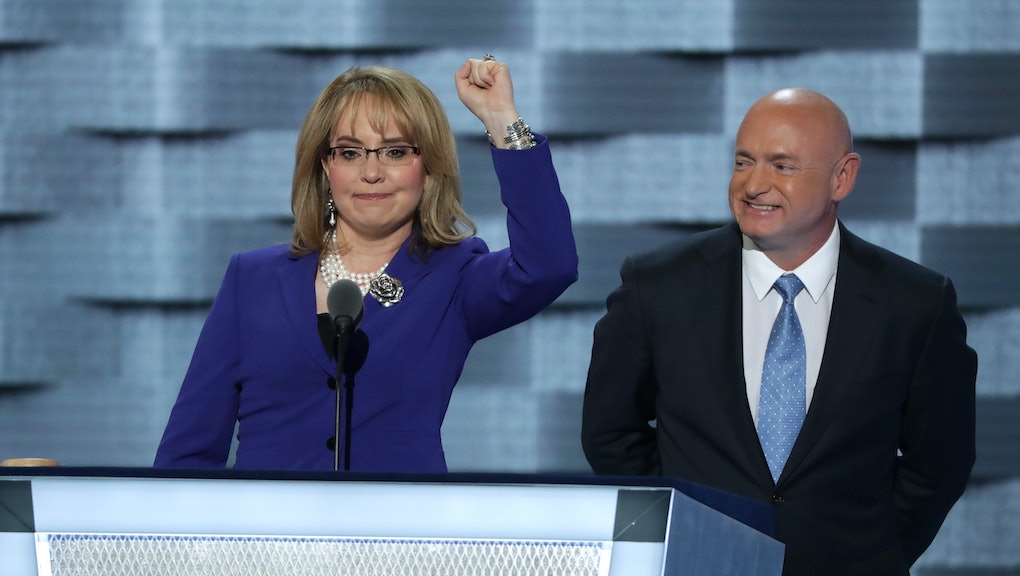 PHILADELPHIA — Former Rep. Gabrielle Giffords, the Arizona Democrat who survived being shot in the head in 2011, received a standing ovation at the Democratic National Convention Wednesday night as she stumped both for gun control and Hillary Clinton.

"Speaking is difficult for me," said Giffords, whose speech and motor skills were impaired by the shooting. "But come January, I want to say these two words: Madam president!"

Since the shooting, Giffords has been a gun control advocate along with her husband, retired astronaut Mark Kelly.

"Hillary is tough. Hillary is courageous. She will fight to make our families safer," she continued. "In the White House, she will stand up to the gun lobby. That's why I'm voting for Hillary."

Watch Giffords and Kelly below: