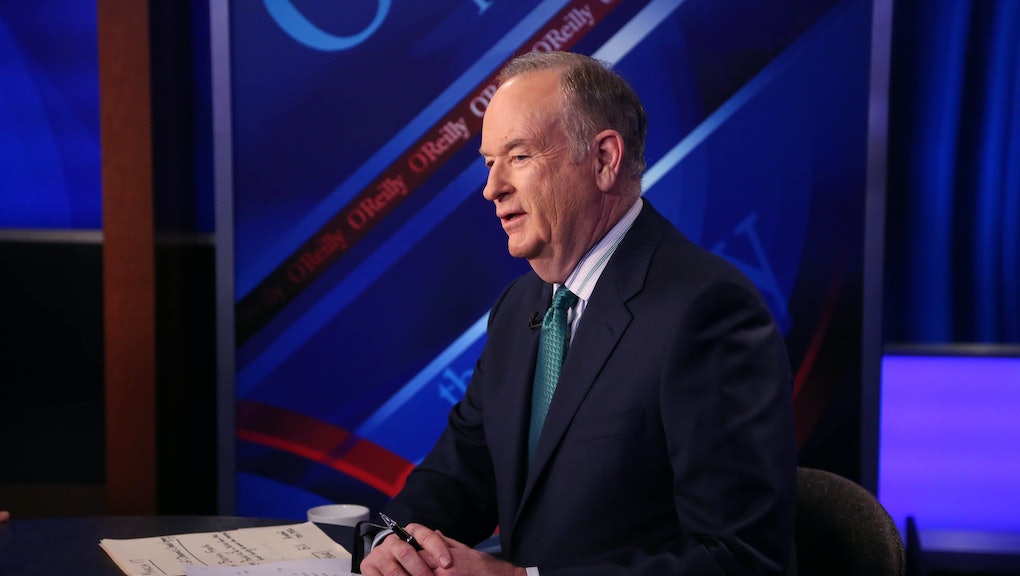 On Tuesday night, Fox News' Bill O'Reilly responded to first lady Michelle Obama's speech at the Democratic National Convention — in which she alluded to waking up every day in a "house built by slaves" — by trying to tell the whole story.

The whole story, according to O'Reilly, is that the slaves who built the White House were well-fed and adequately housed by the standards of the time. It was an odd point to raise, unless the intent was to minimize the pain and suffering of the people involuntarily forced into labor on the White House.

On the Wednesday edition of The O'Reilly Factor, the eponymous host lashed back at progressive media outlets that took umbrage to his prior remarks, liberal group Media Matters posted.

O'Reilly called his remarks "100% accurate providing context to Mrs. Obama's remarks," criticizing liberal "smear merchants" like the New York Daily News who called the remarks an endorsement of supposedly benevolent slavery, and soon doubled down on his original point.

"It is a given that slavery is an abomination," O'Reilly told the audience. "But reporting the story behind Mrs. Obama's very valid points does not diminish the horror of enslavement as these dishonest critics allege.

"As any honest historian knows in order to keep slaves and free laborers strong, the Washington administration provided meat, bread and other staples, also decent lodging on the grounds of the new presidential building," he concluded. "That is a fact. Not a justification, not a defense of slavery. Just a fact. Anyone who implies a soft on slavery message is beneath contempt."

Great. So, you see, like South Park's Eric Cartman, O'Reilly was just asking questions, and if they make politically correct liberals angry, it's not his fault.

O'Reilly then challenged his celebrity critics, including Stephen King, Bryan Cranston and Audra McDonald, to debate him on his show if they're so angry.

One person who might disagree with O'Reilly's analysis of the slavery situation at the White House site is former First Lady Abigail Adams, who in the year 1800 wrote how the slaves she could see from her window were "half fed, and destitute of clothing." As the Atlantic noted on Wednesday, many contemporary accounts from slaves at the time described abysmal conditions.