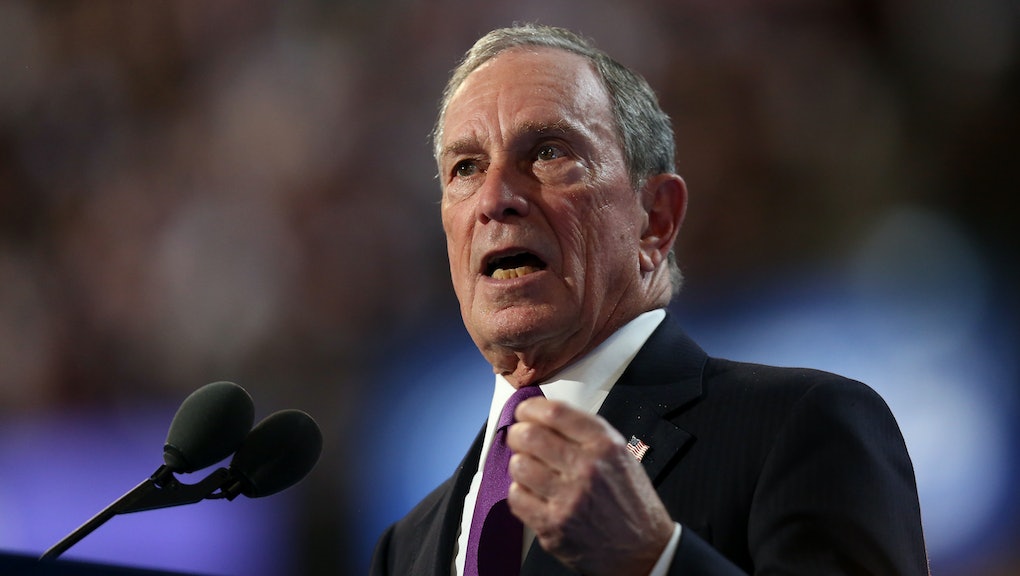 Bloomberg, an independent himself, did not mince words as he attacked Trump's business acumen, character and ability to lead.

"I know there are many watching at home who ... are carefully weighing their choices," Bloomberg said of independents. "I understand their dilemma. I know what it is like to have neither party fully represent my views or values."

But he went on to say Trump must be defeated to save America.

Here are the five most painful blows Bloomberg landed on Trump throughout the course of his speech:

The burn bolstered the argument that Trump was born with a silver spoon in his mouth, as his father got Trump started with a $1 million check.

That one's about the lawsuits against Trump University, which is currently being sued for allegedly defrauding attendees.

Oof. That line came after Bloomberg said Trump hires undocumented immigrants to construct his buildings, but then wants to deport them.

Yes, in his conclusion, Bloomberg basically called Trump a lunatic.

He'll be here all week — tip your servers!